Before the Sunday afternoon was over, Eric suggested that we go to the Xidan market, where the locals shop. We hopped in a taxi, and jumped out in the traffic jam when we got close. 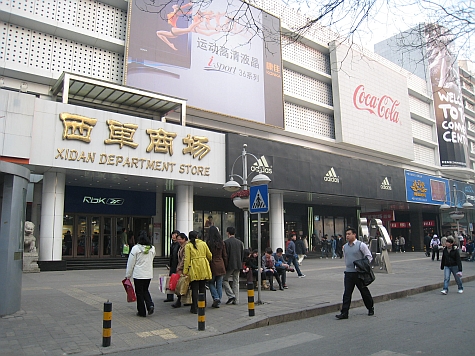 This isn’t a market down small alleyways. It’s large buildings on the wide streets characteristic of Beijing. 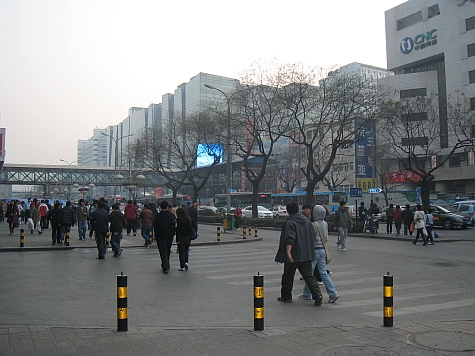 The buildings are multiple storeys high, with stalls across many merchandise categories. On the ground floor, selling candy can be high turnover and high profit. 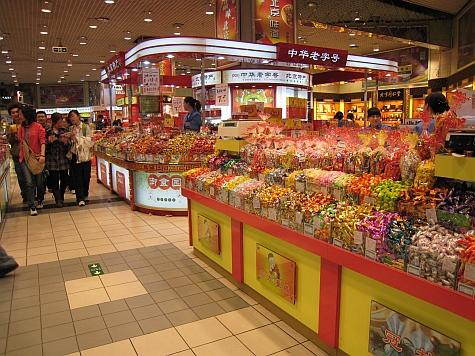 Upstairs, the stalls are less polished. Eric looked at some manicure sets, but decided he didn’t really want to put out the cash. 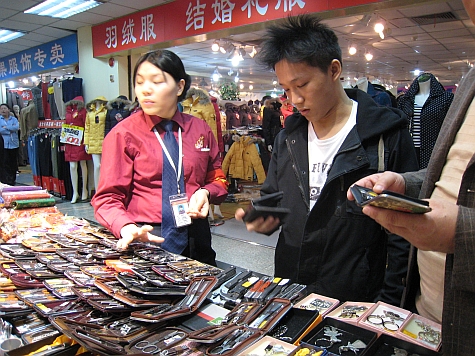 The stores specialize and have depth. Up another floor, here’s one focused on watches. 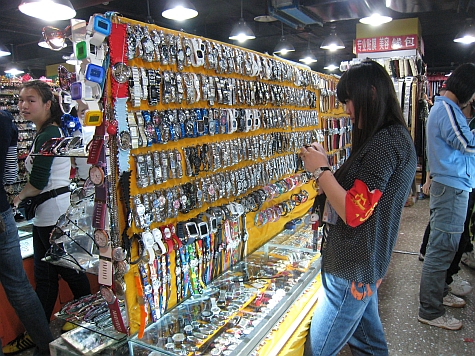 If you want sunglasses, there’s lots to choose from. 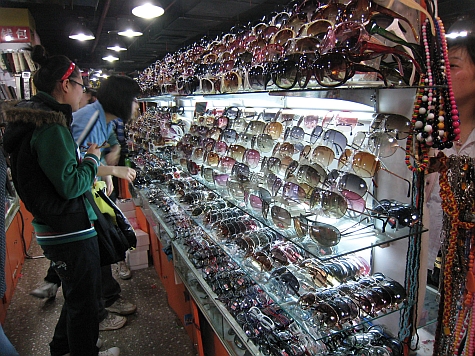 Eric was thinking about gifts, but decided against a plush toy. 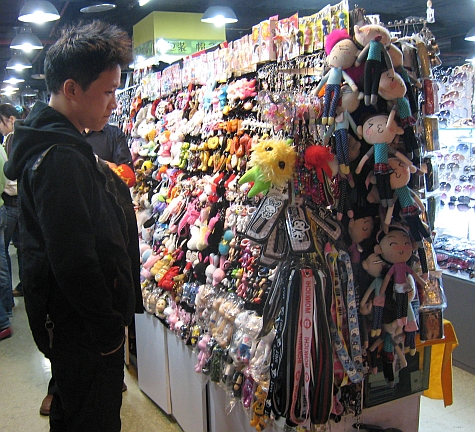 He did eventually choose some earrings, getting multiple for a better price. 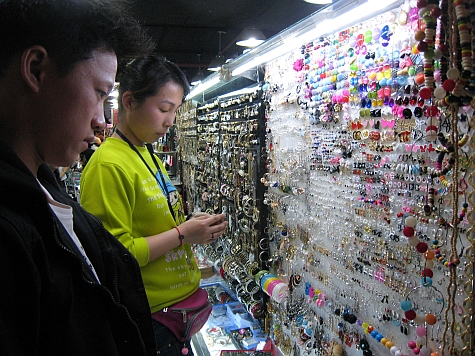 After a short while in the heat upstairs, we took the escalator back down and left the building. 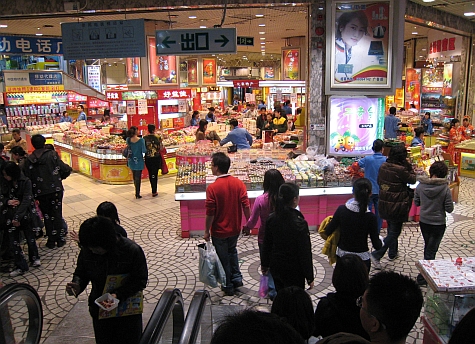 Across the street was a more upscale mall. 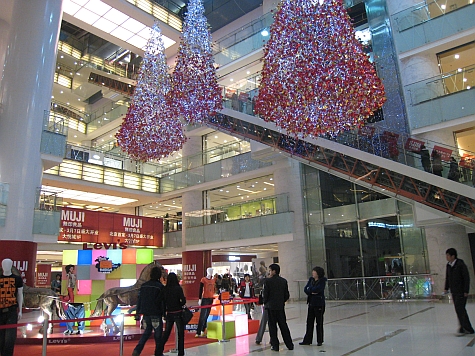 The long escalator is certainly a tourist attraction. I doubt that the average Chinese tourist can afford the prices in this mall. 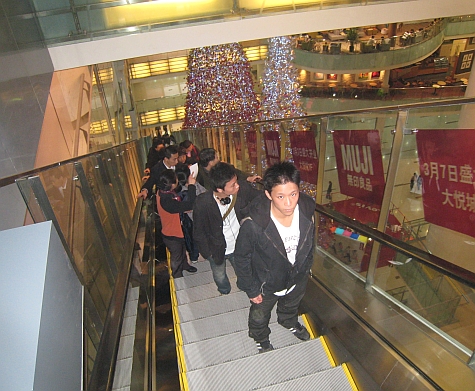 When the Chinese decide to construct a shopping experience that is world class, the mall can look as modern as in North America. 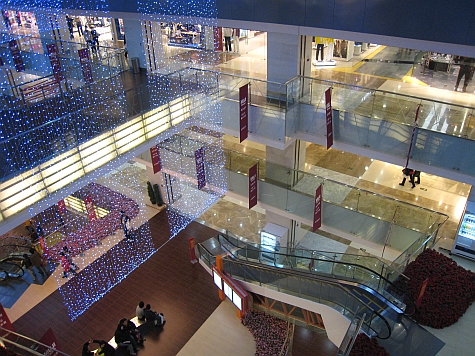 Since Diana and I had seen the Muji near the Ginza in Tokyo last August, I was curious to see what the store would be like in Beijing. In the high-rent district, the store was obviously smaller, and the merchandise didn’t include furniture or bicycles. 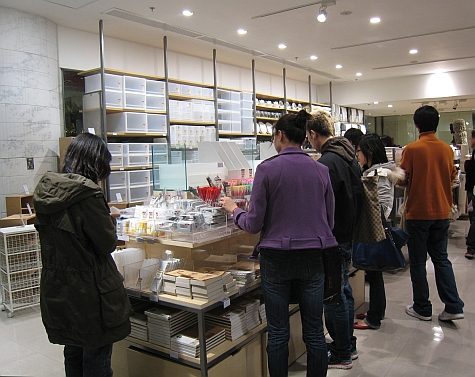 As the sun set, we had the choice of hopping in a taxi or taking the subway. For the experience, we chose the latter, and eventually found our way into the Xidan Station on Subway Line 1. 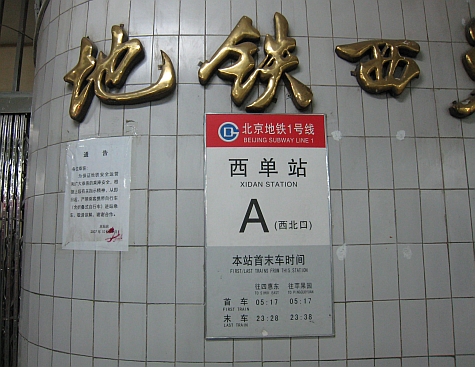 Approaching the 2008 Olympics, the number of subway lines increased rapidly. This map is now incomplete. 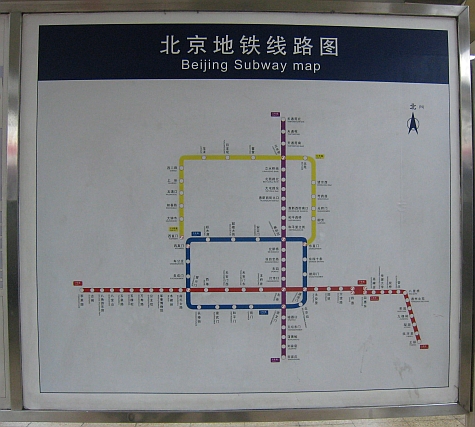 The Xidan subway station is designed to handle massive crowds. 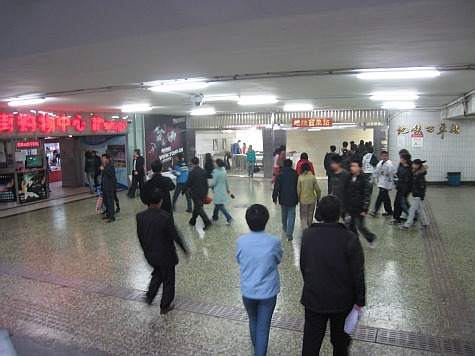 The first train was so packed that we had to wait for the next. 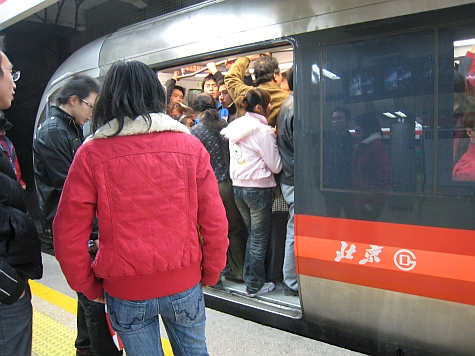 One stop west to Fuxingmen station, and we changed for Line 2 northbound. 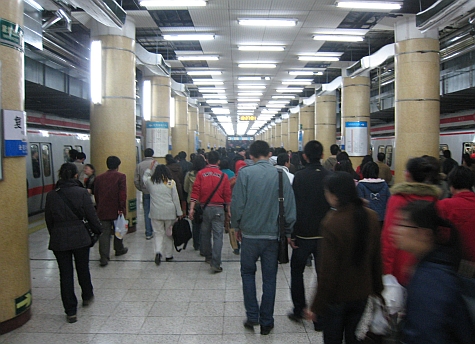 Although the maps would suggest that the two subway lines are an easy connection, there’s long passageways between Line 1 and Line 2. 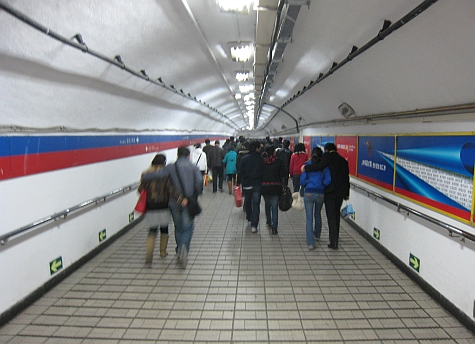 We went on stairs up and down and around to Line 2. 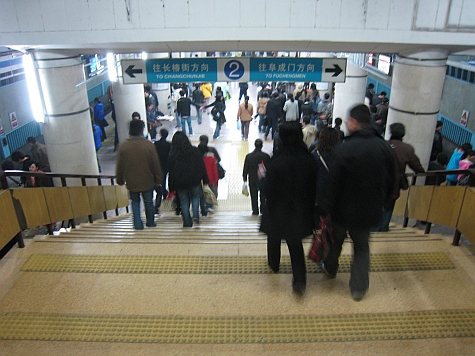 Since shopping for Sunday was at an end, it wasn’t surprising to see a busy station. 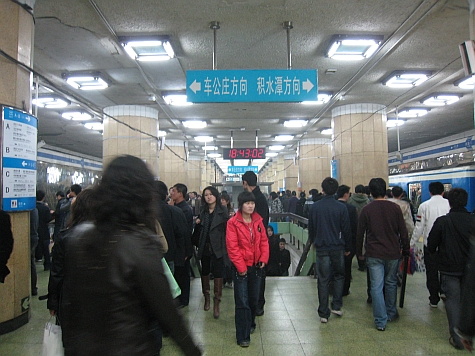 The wall of this subway station had a mural that was more traditional, but probably as durable as the tiles in other stations. 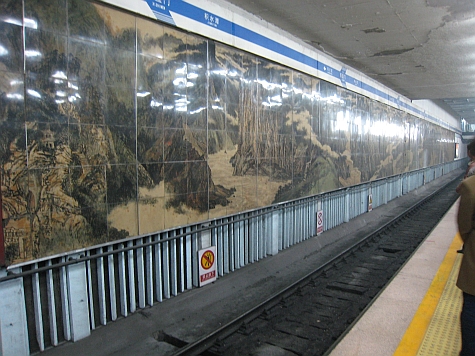 At the Xizhimen station, the depth of the subway tunnels was apparent as we took the escalators up. 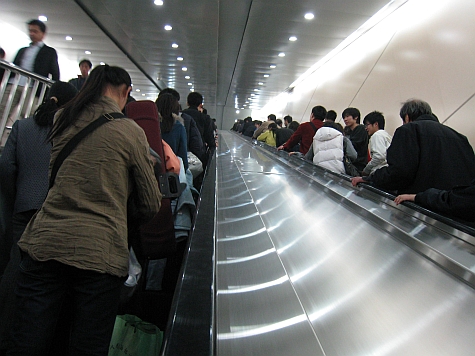 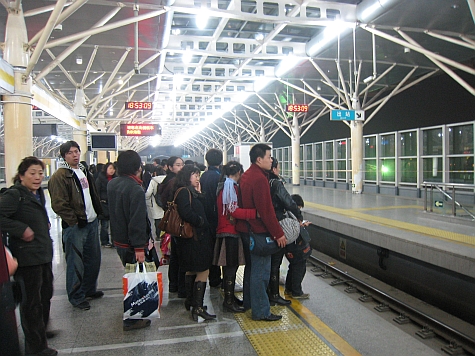 We exited the subway at Wudaokou. This area is famous for it’s active nightlife, and lots of Korean students. 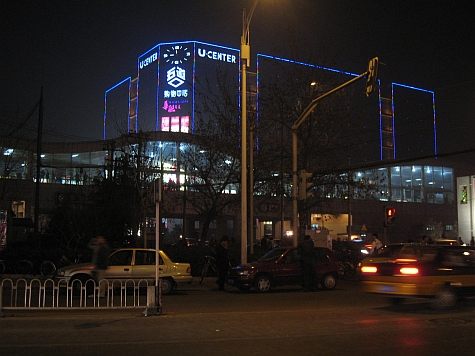 I normally think of nightclub areas as compact districts where the venues are within walking distance of each other. In Beijing, this doesn’t seem to be the case, with the same style of planned wide boulevards … and traffic jams. 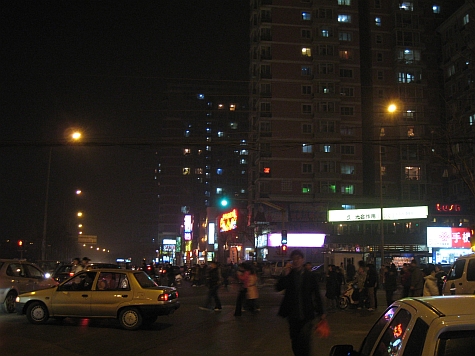 The buildings are large and modern, and restaurants are most obvious on the lowest floors. 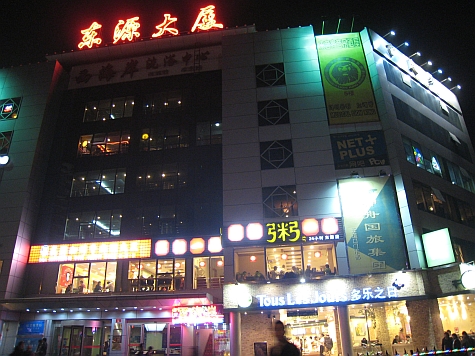 To finish the journey back to the university district, continuing on public transportation would have meant a cheap but crowded bus. Having experienced the transit crowds, Eric hailed a cab for the last leg.