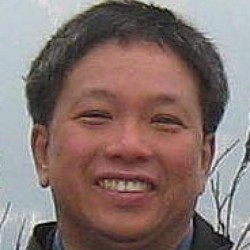 Family time for solar new year and lunar year, otherwise at home writing a journal manuscript for a deadline, and focused on improving wellness.
Toronto, Ontario.
December was full of birthday, wedding, seasonal holiday events, and then family congregated in town to share time together.
Toronto, Ontario; Mississauga, Ontario

Bliss Chinese Cuisine: Entrance of bride MY and groom JL in traditional Chinese attire, followed by dancing lions and drummers, halfway through banquet. City hall wedding in the morning, gathering with family and friends in the afternoon to share festivities. Event was put on the calendar only 5 weeks prior, lots of support gained by the circle of friends. (Bliss Chinese Cuisine, Mississauga Road, Mississauga, Ontario) 20221210

Riverdale Farm: The sheep in the paddocks on Residence Road don’t recognize Christmas Day, so the City of Toronto Parks employees treat this as a regular day. With the sun setting, the sheep’s started bleating together, and moving towards the west fence. Attentions may have be drawn to movements over in the horses being moved indoors for the evenings, with an expectation by the sheep for equal privileges. (Riverdale Farm, Winchester Street, Toronto, Ontario) 20221225

Scotiabank Arena: Family arrived into 9 seats, just in time to rise for the singing of O Canada. Boxing Day afternoon game between Toronto Marlies and Belleville Senators. Many more sports fans came with children, later waving to the roaming cameras to get their faces on the big screen. (Scotiabank Arena, Bay Street, Toronto, Ontario) 20221226

Mercado de San Fernando: Saturday 3:30pm the market was noisy, with restaurants and bars full of customers. Aside from the light in the central atrium, the warren of corridors was full of occupied stools, that visitors would have to weave around to locate a very few real retail stores where food could be brought for meals at home. Earlier, we opted for a quieter lunch up in Los Mostenses, when the renmants of an old Chinatown were evident. (Mercado de San Fernando, Calle de Embajadores, Madrid, Spain, 20221001

Castell de Mora, Ebro river: The castle of Mora is documented back to 1060, when the a Catalan nobleman Mir Geribert, the self-declared Prince of Olèrdola, attempted to to conquer the Muslim fortress, and died during the attack. In the 15th century, the castle was fortified for the First Carline War, and then again in the Spanish Civil War of 1936 as a command and supply centre. By the end of that war, the ruin was total. The river Ebre (in Catalan, or Ebro in Spanish) was the dividing line after the First Punic War (264-241 BC) between the Romans to the north (where Mora la Nova is today) and the Carthaginans to the south (where Mora d’Ebre has been). (Castell de Mora, Raval de Jesús, Móra d’Ebre, Tarragona, Spain) 20221006

A month with much activity, starting in NYC for a weekend, returning to Toronto to care for my father in the hospital, and ending the month in Madrid, Spain.
New York, NY; Toronto, Ontario; Madrid, Spain.

The Oud & the Fuzz: Bossa nova sax, guitar, bass and drums, in the backyard dining area under sheltering pergola, not further east on the stage exposed to the rain. Armenian entrees on the Kensington Market Pedestrian Sunday menu, with usual crowds diminished by the damp weather. Vancouver-side family gathering coinciding with business travel extending over weekend. (The Oud & the Fuzz, Kensington Avenue, Toronto, Ontario) 20220925