The plan for a London-Oxford-Hull research trip turned into a London-Oxford-London-Hull routing, albeit fruitful.
There can be a difference between vacation photos and travel photos.  Seven days in the UK in five cities wasn’t a leisurely plan, and business called for a few more train rides than originally planned.  For a coordinated series of research meetings, I arrived at Heathrow from Finland, and Gary arrived almost the same time from the U.S.  We took the tube to Waterloo station, and dragged our luggage to our hotel along the scenic South Bank of the Thames, seeing Westminister Abbey across the river. Accommodating a tight schedule, Dav and LJ met us at Paddington Station a few hours before we caught the train to Oxford.  LJ found a pub and then a restaurant nearby, after consulting Internet reviews on her mobile phone. END_OF_DOCUMENT_TOKEN_TO_BE_REPLACED

On the Friday afternoon after the conference, our family visited the Queensland Gallery of Modern Art, the Queen Street Mall in Central Brisbane, and the Stanley Street night market on South Bank.
Having completed a week at the conference, our family took the Friday afternoon at leisure to look around central Brisbane.  We started our visit at GOMA — the Queensland Gallery of Modern Art. The exhibits began before we even entered the building, with The High/Perpetual Xmas, No Abstractions 2008, by Scott Redford to the south of the walk. On the north side of the walk was a patch of Maiwar Green, and the view across the river. We happened on The China Project exhibition, including a larger-than-life sculpture of Mao Zedong and Mao Zedong by Wang Wenhai. Down one side of this hall was a series of bronze sculptures titled Metaphysica 2007, by Ah Xian. END_OF_DOCUMENT_TOKEN_TO_BE_REPLACED

I saw the galleries of contemporary art at the Tate Modern, and then walked South Bank to meet Dav and LJ for dinner.
To see the other Tate Museum in London, I took the tube down to the Southwark tube station.  I observed the Blackfriars station as closed, when I walked north.  Approaching the former Bankside Power Station from the south side, the Tate Modern is an imposing building. 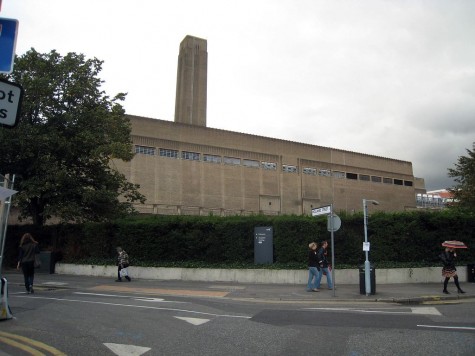 Walking around to the west side of the building, I could see the dome of St. Paul’s Cathedral in the distance. 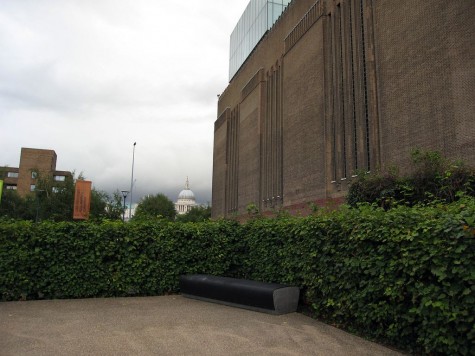 From the west side, the entry of to the Tate Modern is down a long ramp. 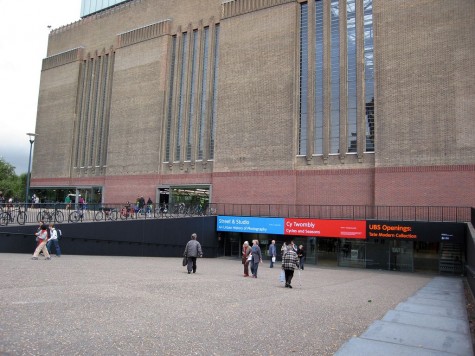 The ramp continues inside the building into the Turbine Hall. 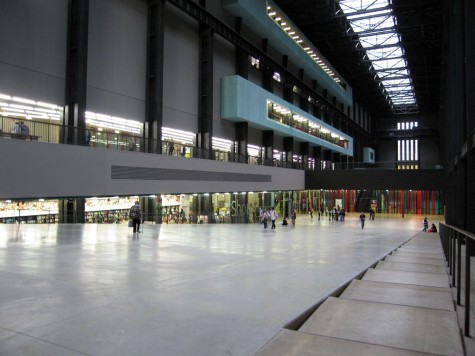 The galleries are on the upper floors.  I went up to Level 3, and saw some red benches with display terminals. END_OF_DOCUMENT_TOKEN_TO_BE_REPLACED