Being part of a virtual team means that even if everyone is scheduled for the same meeting in New York City, we don’t travel together. We come in on different flights, and stay in different hotels. When we’re organized, we can at least try to schedule dinner together. On this trip, my hotel was a little northwest of Times Square. Stepping out of the hotel, looking south on 8th Avenue doesn’t give the theatre district vibe. 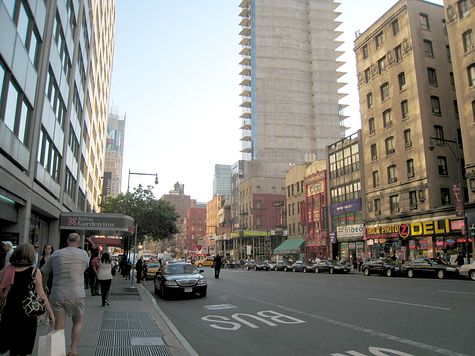 Looking north up 8th Avenue doesn’t provide many sights either. The destination restaurant was a straight walk across 49th Street, so I turned right. 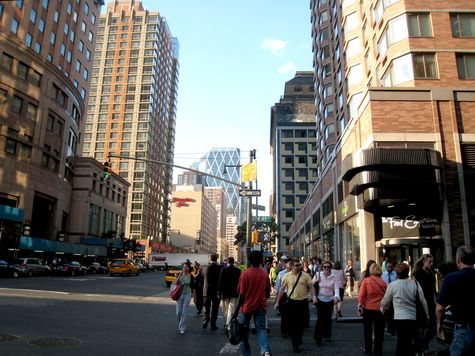 A hidden indicator of the theatre district is the Actor’s Chapel, on the north side of 49th Street, just east of 8th Avenue. 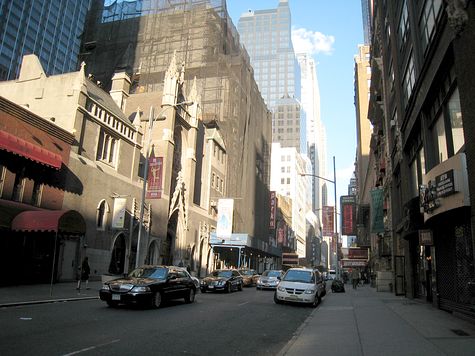 A short walk over, looking south down 7th Avenue shows the skyscrapers of the Great White Way (not yet lit up in daylight!) 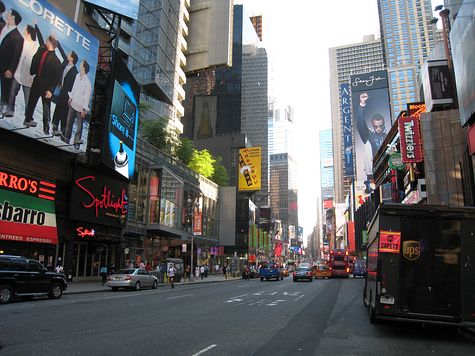 Continuing east on 49th Street to 6th Avenue, the west wing of the GE Building doesn’t stand out from other skyscrapers. 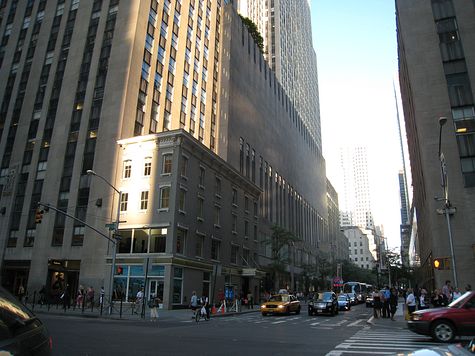 Looking north up 6th Avenue — Avenue of the Americas — the marquis of Radio City Music Hall is a tourist landmark. 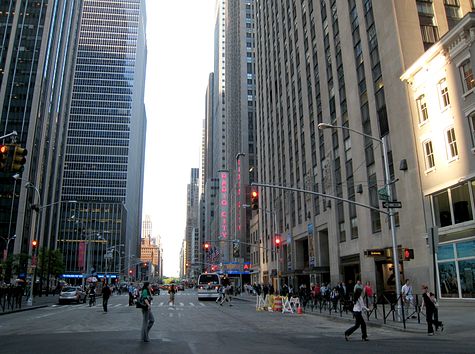 Continuing east on 49th Street, Christie’s has a modest entry to the south that doesn’t suggest the wealth of antiques that pass through the building. 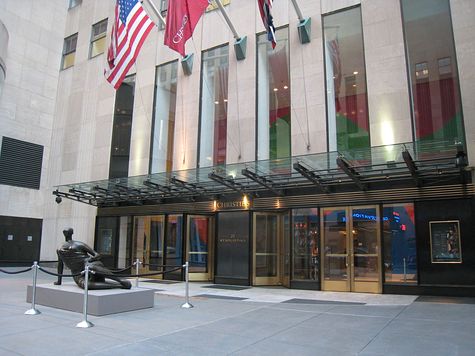 A few steps further on the north side of 49th Street, the GE Building opens up to the rink at Rockefeller Center. When there’s no ice there, the flags and tourists provide the scenery. 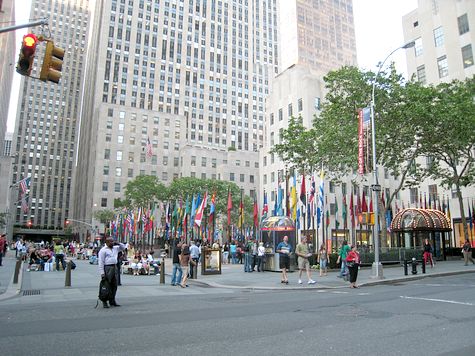 Another block east, and I found the Sushiden restaurant, west of Madison Avenue. 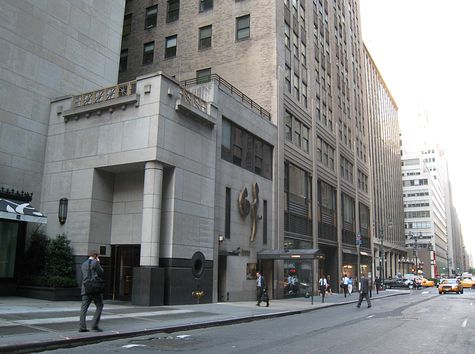 Ray and Peter were already there, and Frank arrived a few minutes later. Bill’s plane was late, so he phoned to say that he was going to first drop his suitcase at the hotel three blocks away. We waited for him to arrive before ordering sushi. 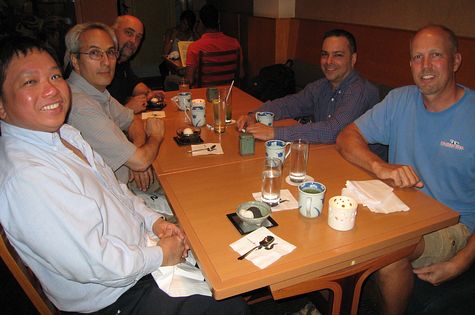 We talked some business over dinner, but mostly got to know each other. Like many other virtual teams, we’ve all had teleconferences together over the past months, but there’s no substitute for sitting down for a face-to-face conversation.