Our home is in downtown Toronto, where there’s still wildlife. There was a wailing just outside our bedroom window, and we spotted a baby raccoon without its mother nearby. The nest was under the eaves of the porch roof in the house two doors down. 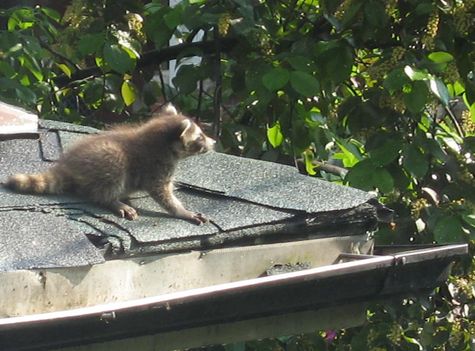 The baby wailed and wailed. Neighbours and passers-by stopped to find out about the noise. It seems as though the mother might have wandered off, and the baby was hungry. Some neighbours threw up fruits and vegetables onto the roof, but the baby raccoon didn’t seem to want those. 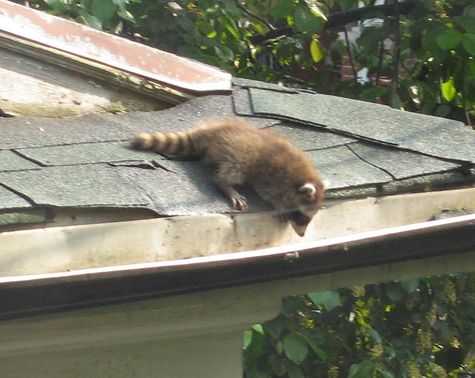 Some hours later, one of the neighbours called for raccoon removal. The professional didn’t need to trap the raccoon; he just cornered the raccoon on the roof, and put it into crate. 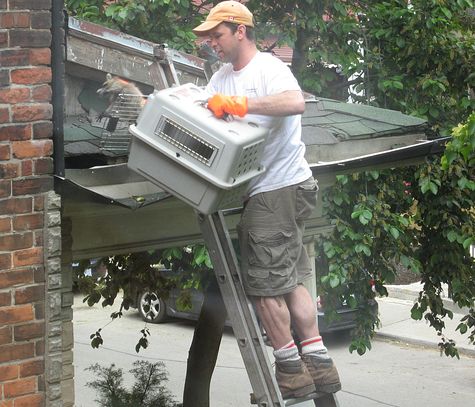 The raccoons are driven north out of the city, and released in the wild. I hope that the homing instinct of the raccoons isn’t too great, or they may find their way back down the Don River back into our neighbourhood.