Adam and I attended ISSS 2008 at the University of Wisconsin-Madison. I’ve never been to Wisconsin before, so it was an opportunity to see someplace new. The formal part of the conference was held in Wisconsin Union, which has a terrace facing Lake Michigan. The weather was great that week, so the deeper conversations extended outside during breaks. 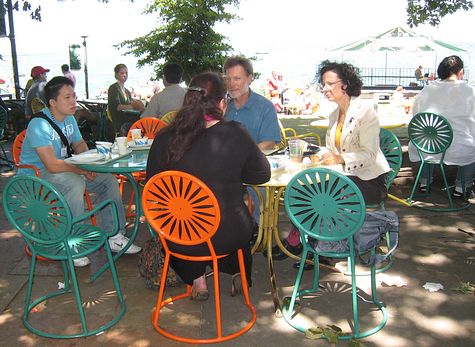 While at the conference, we were extended university privileges to enjoy the lake and use the sailboats … but I’m not a beach person. 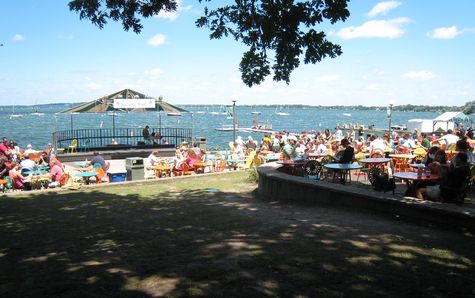 Some families visit UW for vacations. The summer is the best part of the year in Madison, and the campus is relatively quiet. 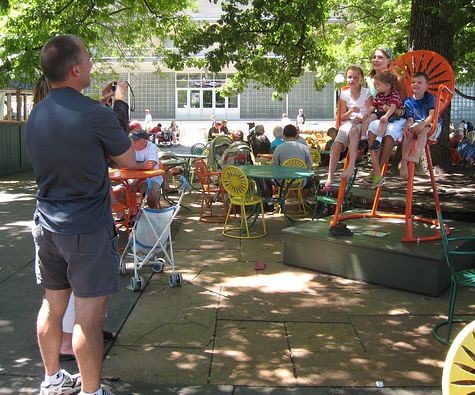 After a refreshing lunch, we headed back into the building for lectures and small group discussions. 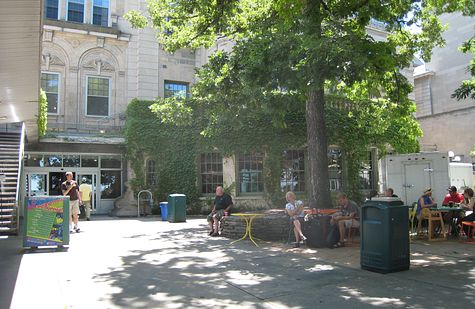 The plenary sessions were held in the big room, Tripp Commons. Drapes were drawn to enable watching the big screen. We did have periodic breaks out on the terrace immediately beside this room. 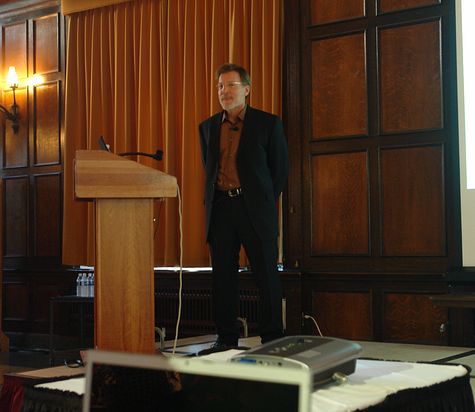 Adam — a first time attendee at ISSS — dove in at the deep end of systems science with a workshop. We kept up a reasonable pace in the morning, but fatigue set in by midafternoon. 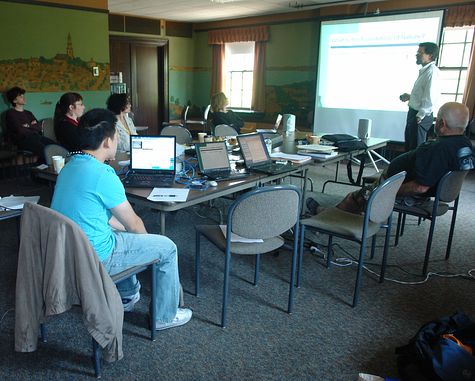 The sessions I lead are a conversational format. It’s informal, and we arrange into a circle to encourage interaction. When participation is high, chairs get pushed to the constraints of the room. 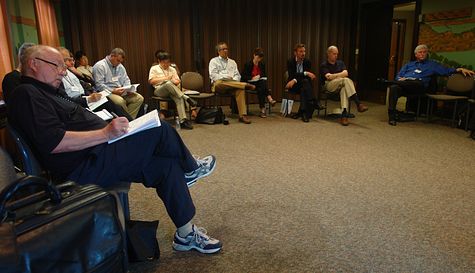 Outside of the lectures, workshops and breakout sessions, we had an afternoon with a choice of tours. I decided to join the tour of the genetics lab. 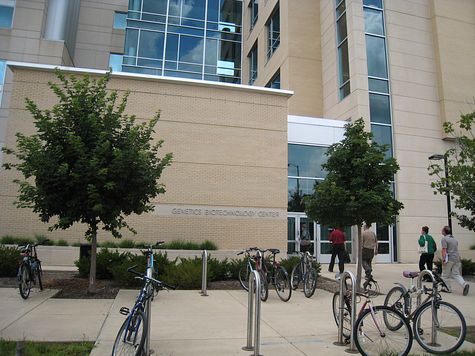 Many systems scientists work in the social sciences, so it’s a treat for us to see a lab in the natural sciences. 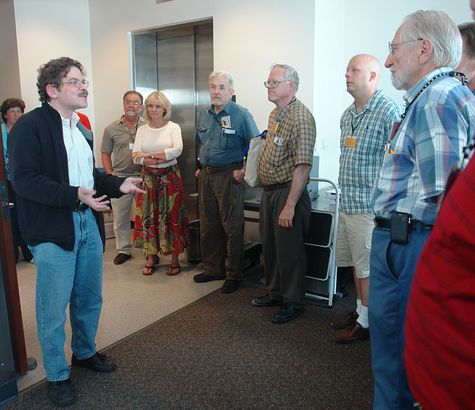 People who come to this setting everyday must be amused that social scientists get thrilled at looking at flasks and lab equipment. 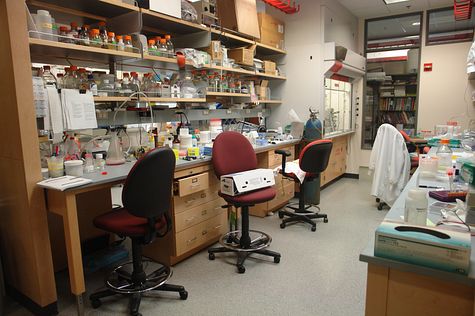 In the darkened room, everyone got a peek into the microscope. 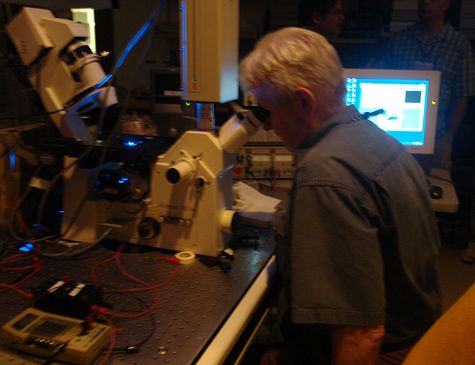 Since we’re not accustomed to the basics of biomaterials, we were shown how slides are prepared. 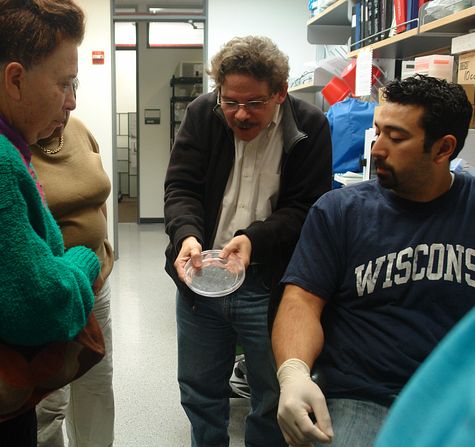 UW is one of the top universities in the U.S. with funding for natural science research. Social scientists do data analysis on computers, too, but we don’t have the luxury of working on four screens simultaneously. 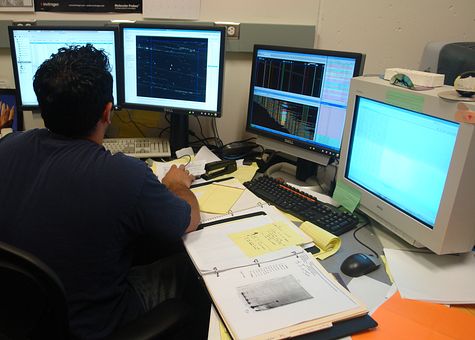 For a fun evening, Tim invited the whole conference out to his ranch. Buses were arranged to shuttle the group out. 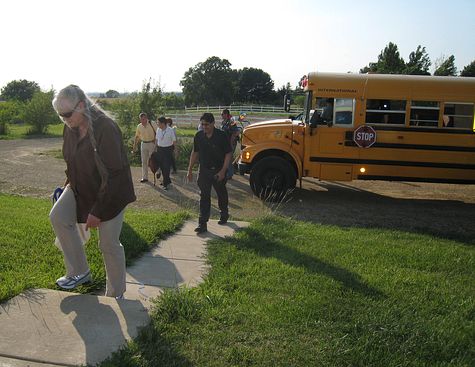 With the great summer weather, the guest spilled out onto the back deck of the house. 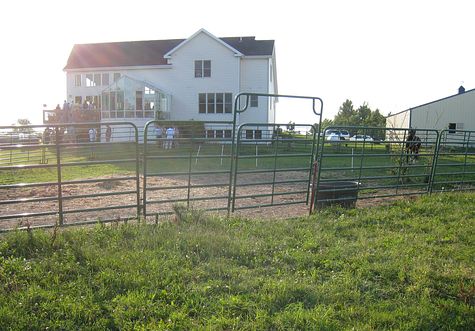 A few of the adventurous chose to explore the property. We walked out back, and were given directions to head beyond the corn field. 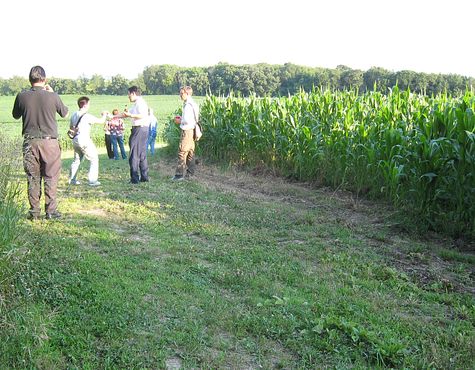 The path in the woods got us a little confused. We eventually circled around to find our way on the other side of the house. 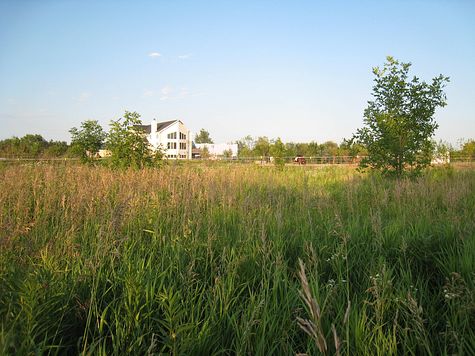 Dinner service was underway by the time we returned. The barbeque didn’t require us to take an animal apart; the catering company brings a display pig just for show. 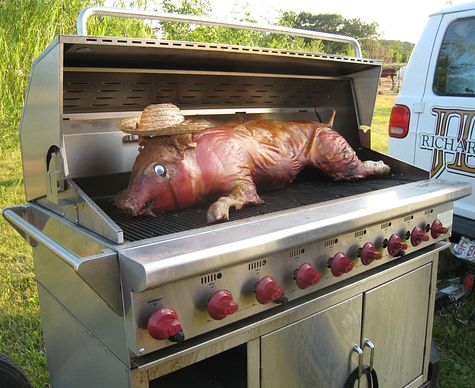 Food was abundant, and the relaxed setting provided lots of opportunity to mingle freely with conference attendees who came as far as from Europe, Asia and Australia. 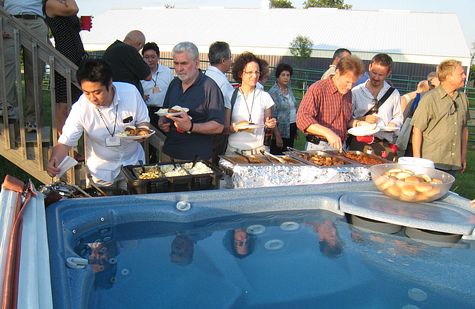 A relaxing after-dinner activity including watching the horses. They didn’t take much notice of us. 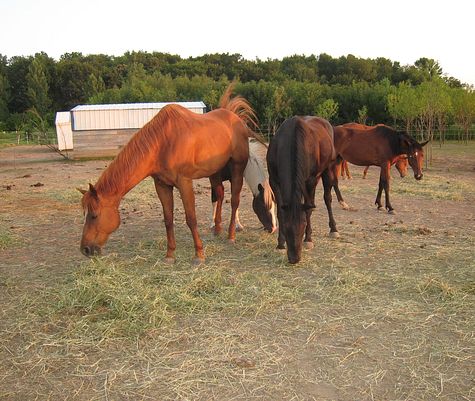 Since the conference days were full, there wasn’t much time to spend in Madison proper. In the evening, the compactness of the city was evident in the short walk from the university to the State Capital, on tidy streets. 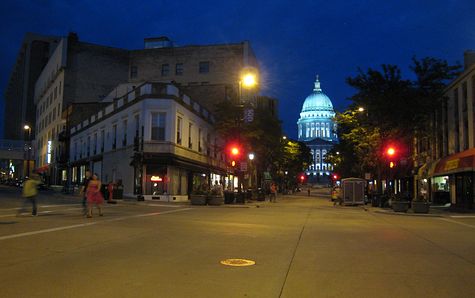 I woke up early one morning to go out for a walk around Madison. University Avenue happened to be under construction, just outside the dorm building. 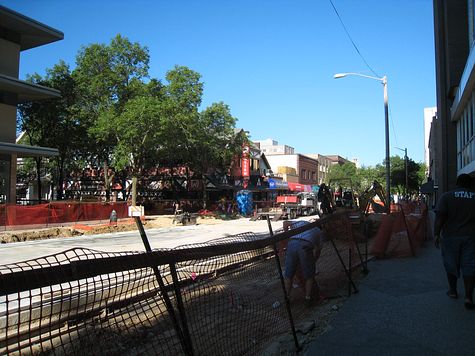 Since the workmen hadn’t yet arrived, I found an opening in the fence to cross the street, walking south. 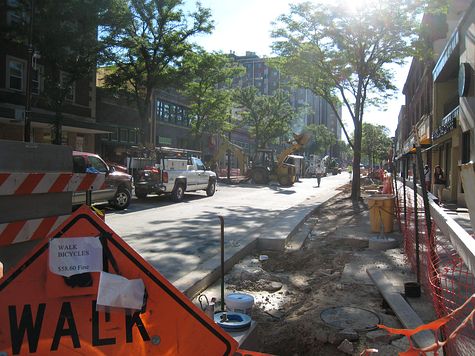 Away from the commercial area, I wanted to see what local neighbourhoods looked like. A community health centre with a larger-than-life mural is at the corner of Bassett Street and Mifflin Street. 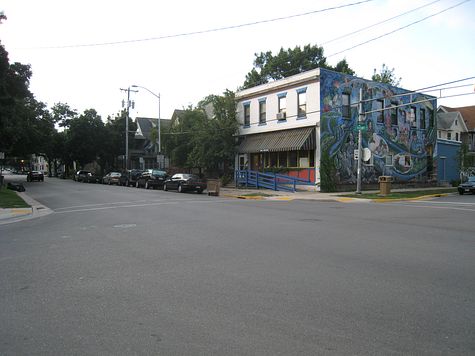 Further down Mifflin Street were signs of student life: house with front porches, with more bicycles than the average number of people in a nuclear family. 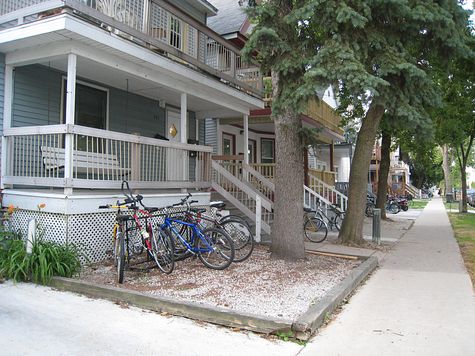 Besides storing bicycles, some porches had signs of incomplete party cleanup from the prior evening. 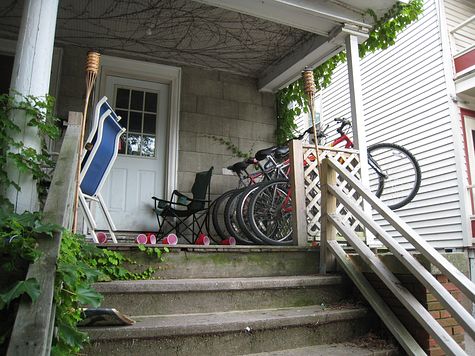 After the conference had officially finished, some of the conference organizers returned to Tim’s ranch for an evening to chill. We did a bit of shopping on the way to the ranch, and contributed some food and drink. 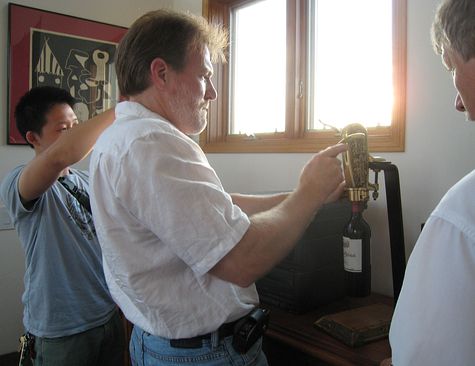 Since Cameron had some free time, he did some maintenance work on Val’s computer. 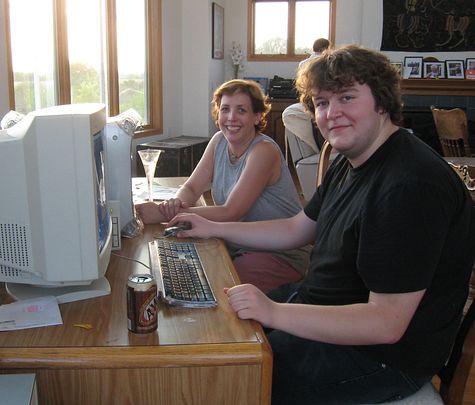 Everyone was in decompression mode. ISSS meeting usually start on Sunday evenings and the officers have activities morning, afternoon and evening through to Friday. The Madison meet was a success, so Friday evening was time to kick back and relax. 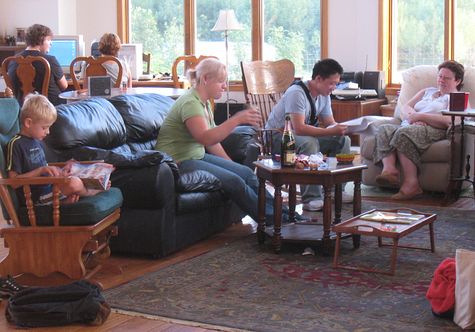 One of the features of being a member of a community that hold conferences internationally is that we eventually get to see lots of the world. The ISSS 2009 meeting will be in Brisbane. I’ve previously had the benefits of business travel to Sydney, so this will be yet another place where I haven’t been.