Although we had driven from Toronto to Madison, WI in a single day, there’s a one-time-zone disadvantage on the way back. Our timing made Chicago a good option for dinner. Adam has never experienced deep dish Chicago stuffed pizza, and there were multiple Giordano’s locations on our route home. We stopped by the Belmont location on the north side. 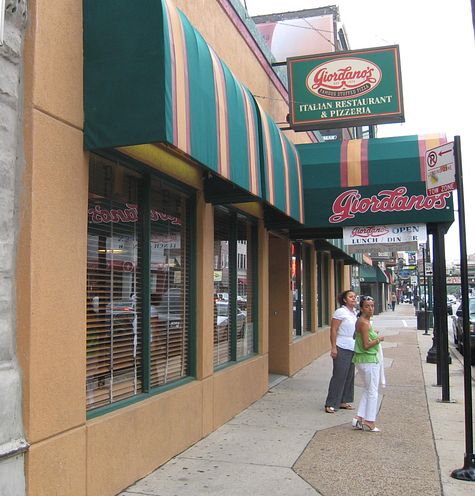 Allenna and Adam ordered the medium size pizza — with leftovers for later. In the time since I lived in Chicago — over 25 years ago — I’ve given up dairy products, so I had to experience the pizza from memory. 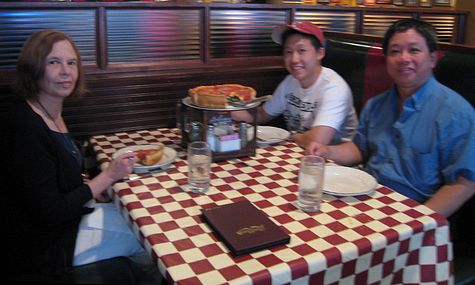 Rather than going back onto the Dan Ryan Expressway, I suggested that we take the shorter and more scenic route down Lake Shore Drive. I somehow managed to miss the entrance to the Indiana Toll Road, so we pulled over to switch me to the navigator’s seat. We were near the point where the west shore of Lake Michigan would end, and we would turn east. 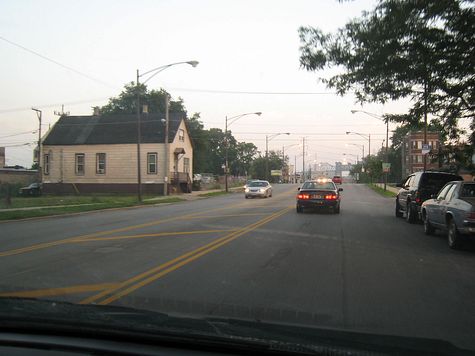 I’ve never been this far south on local streets on the south side of Chicago. I was surprised that we would cross over a small bridge. 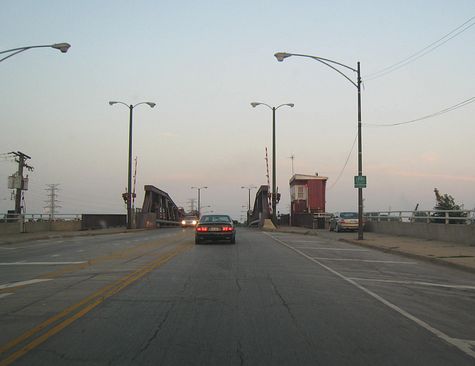 I assume that we travelled along Calumet Avenue in East Chicago, Indiana. I can imagine the days before the elevated tollways and superhighways were constructed, when this town would have had a lot of traffic from Indiana and Michigan. 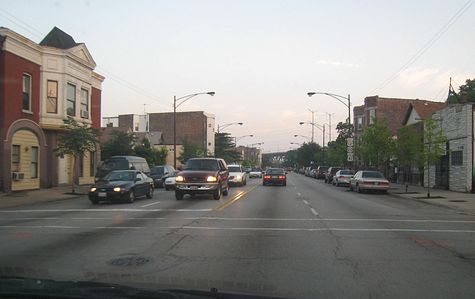 We spotted I-90, and drove underneath. We navigated parallel to tollway for a while, through Hammond, until we found an entrance onto the tollway. 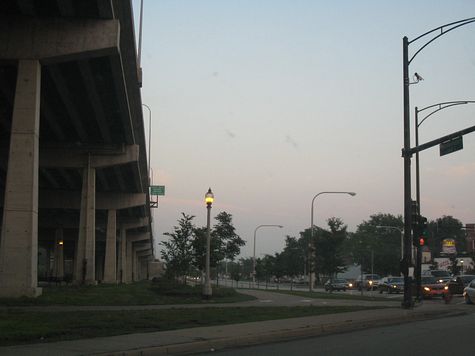 When I lived in Chicago, I set myself a rule to keep myself out of bad neighbourhoods: never go anywhere in the nighttime that I haven’t been in the daytime. I didn’t break that rule on this trip, although the sun was below the horizon on the long summer night.