Living in Toronto has it benefits. As the prime urban center in Canada, it gets amenities such as touring musicians. At the same time, the city doesn’t approach the size of New York or Shanghai, so it’s easy to get around.

With the opening of a new retail store at Yonge and Dundas â€” part of the new Ryerson University campus â€” there was a “free” concert. I biked over, and there was a large crowd all the way across to the Toronto Eaton Centre. As the crowd thinned, I got a bit closer, but the sound was still better than the view. Can you see? 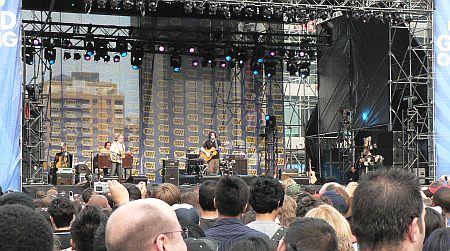 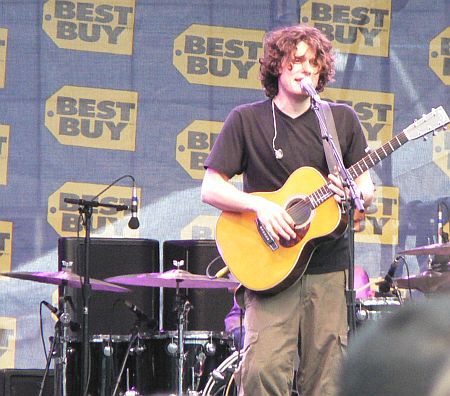 I might have paid to have seen him a few weeks earlier when he was playing The Mod Club, but it’s a tiny venue that sold out quickly. There’s been some debate whether he’s more a pop star or a guitar geek, and i think that he’s really the latter.

P.S. I’m going to start putting dates in the title (when it makes a difference), and leaving the blog entry dates to when I actually write the post.