Mid-afternoon, Diana and I checked into the Courtyard Tokyo Ginza on frequent stay hotel points for the week.1 We were hungry, having foregone taking sandwiches onto the train, in favour of a better meal in Tokyo. Since the hotel is near Tsukiji, we headed that direction even though we expected most stores would be closed. We found our first of many gyudon (beef bowl) shops. 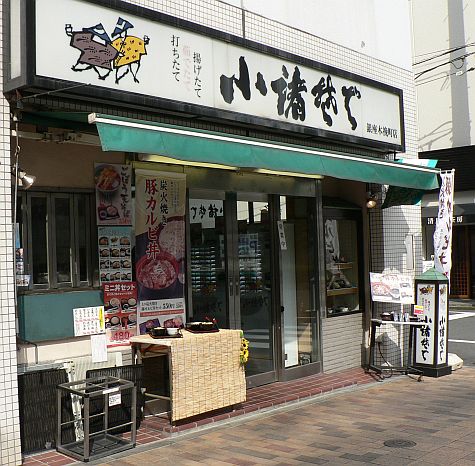 The signs and sample dishes outside were encouraging. If we ran into problems ordering from a server, we could pull him or her outside and point. With dishes in the range of $5 to $8 per serving, the price was right. 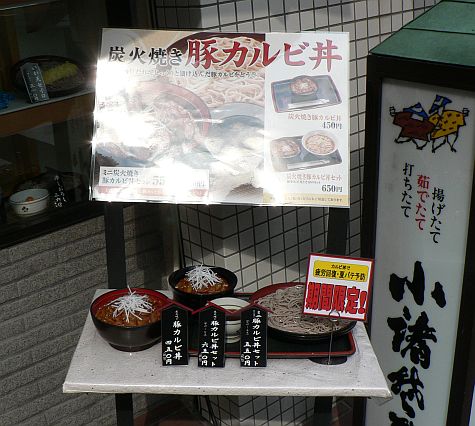 Stepping inside the restaurant, we were immediately intimidated by having to pay a vending machine. We later discovered that at some stores, the buttons have pictures of the dish to be ordered. This machine only had Japanese characters, so our best guess would be by price. 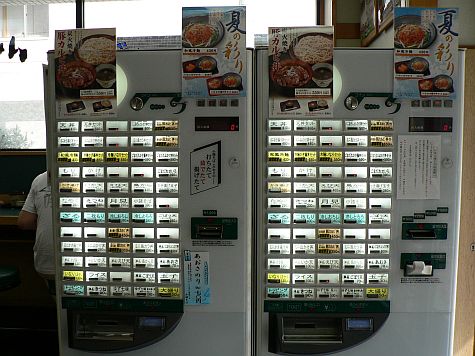 The cook saw our frustration, and went outside with us. Noting our order, he showed us the button on the machine to push, and we paid with Yen bills. The machine spit out a ticket, which we could show the cook. Within a few minutes, he brought the food to the front window. 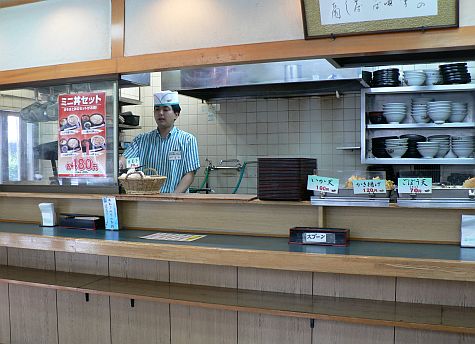 We sat at the counter looking out the side window. The gyodon looked great, and was a satisfying snack. Fresh warm rice, with thinly sliced beef in a slightly sweet sauce. The store was mostly empty, but a few girls stopped by for orders slightly larger than ours. 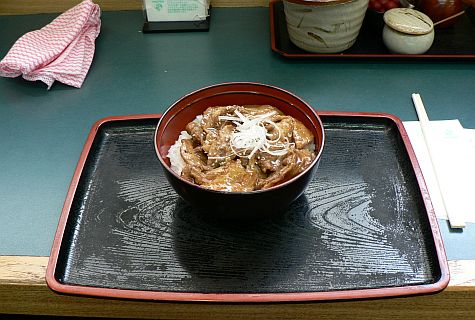 Thinking about this experience, we discussed the minimization of labour in this Japanese fast food operation. There’s a joke in Hong Kong that it takes two people to run a restaurant: one to cook the food, and the other outside, pulling in customers. In Tokyo, it seems that they’ve got the operation down to a single person, at least in off-hours!

Walking back towards the hotel, we took the escalator up to cross Showa-dori. The elevated crossings are an engineered solution to traffic in one of the older parts of an old city. 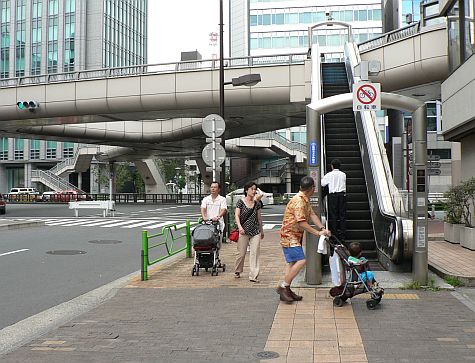 The hotel is one block west of Showa-dori. It’s not the most picturesque neighbourhood, but the Higashi-Ginza subway stop is a few blocks up. 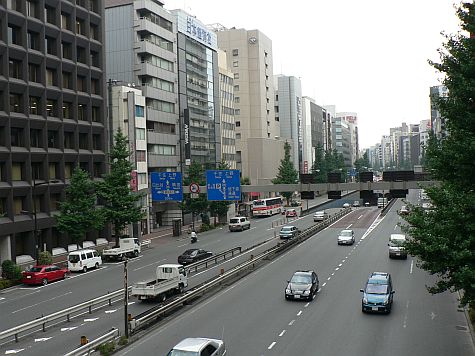 With a plan for more than a week together in Tokyo, Diana and I were able to slow down our pace of touring to a more humane level. There’s an irony that in the slower city of Kyoto, we had planned a faster pace, and now in one of the fastest cities in the world, we could be more leisurely.

1The hotel recently been reclassified, which makes it a better-than-average Courtyard hotel (instead of a worse-than-average Renaissance hotel).