After graduating from Grade 12, Adam went to Beijing to study Mandarin at Renmin University of China — for two years. After we scheduled his flight home, posted an invitation on Facebook, and some of his friends met our family at the airport. 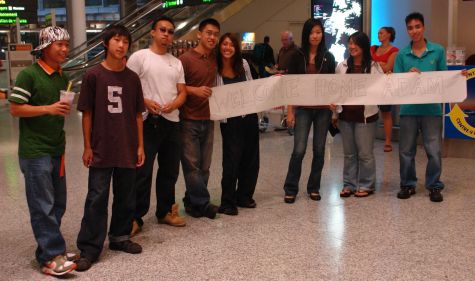 Adam hasn’t been home in 23 months. We encouraged him to tour China, rather than spending the money on plane fare back to Toronto. 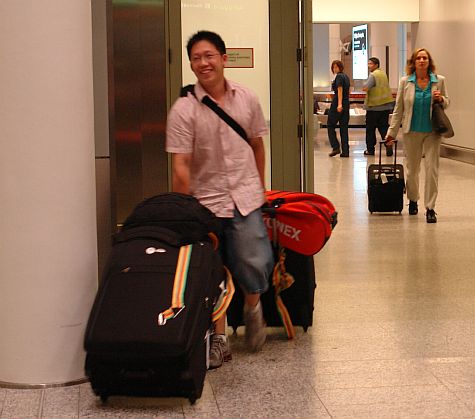 Ryan has changed so much in two years — extra height, and contact lenses — so that Adam said that he didn’t recognize him. 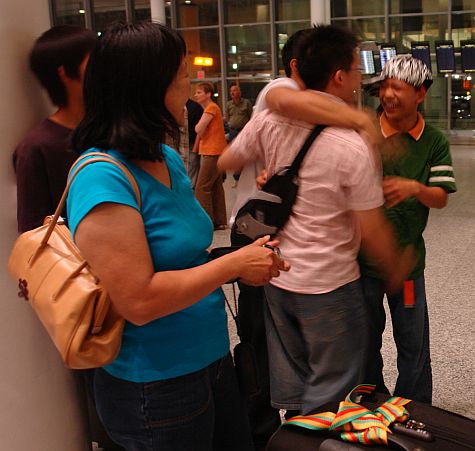 Adam’s friends came over to the house that evening, but it didn’t stay long. The more formal celebration was the next evening. Adam toasted everyone on welcoming him home. 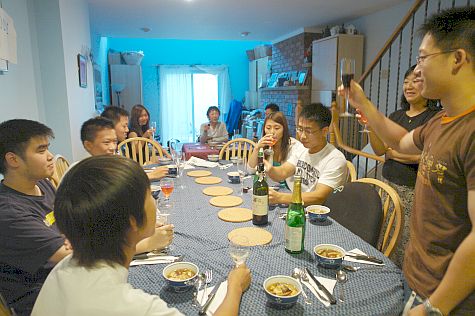 Adam had requested turkey, because the Chinese don’t normally serve that. With his friends renowned for big appetites, we also put some roast beef and a roast loin of pork into the oven. 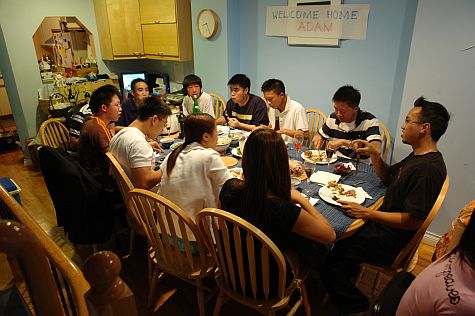 Terra has been spending a lot of time in our house, recently, so we took the opportunity to invite her mother and sister over. They had a visitor from Korea, so she joined us for dinner, too. 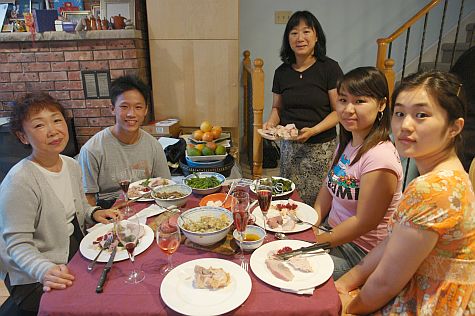 Adam’s friends were responsible for dessert … and we had not one, but three cakes. 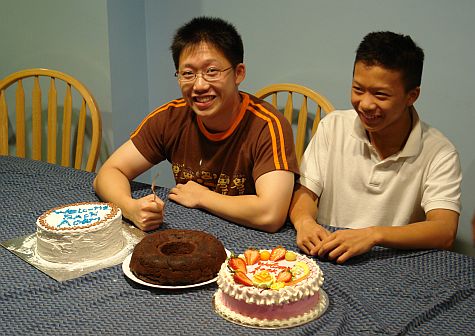 The school term in China runs late, so Adam wrote his last exam just a few days before coming home. He didn’t get a break, because 36 hours after landing in Toronto, he was in prep courses for engineering at University of Toronto.