Going out to listen to music can be a big event for me. I watch for bands on tour, and check listings in local clubs when I’m on the road. Now and then, there’s the opportunity to local musicians playing local venues. I called up Apostolos, and we went out to hear the Paul DeLong Quintet at The Rex, late on a Sunday night. 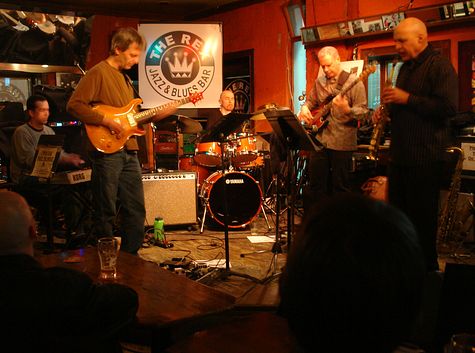 Paul DeLong is a drummer who has had a successful career. He’s known as a performer in the studio as well as on the road. I didn’t know exactly what the band would be playing that evening, but I was sure that they would be a set of great musicians.

On stage, the band was casual, and were having fun. In the audience, we enjoyed their performance. Watching great musicians performing naturally is a pleasure.