With a project running from December into January, the expedient way to preclude going through airports in winter storms was to stay in Manhattan over the weekend. I took this as an opportunity to train the train out to Princeton, and visit with Diane and Etsuko. 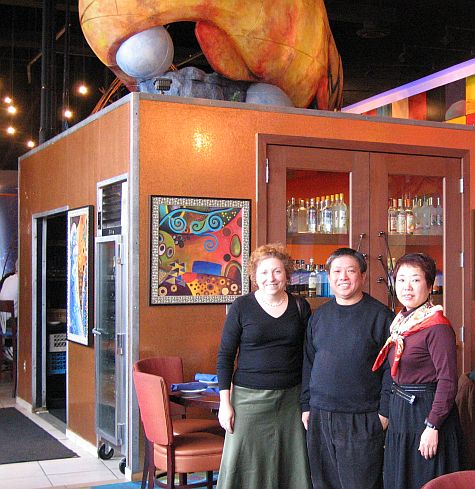 The train was late — Etsuko says that it happens frequently. Etsuko picked me up from the station, and we met Diane at Big Fish for lunch.

It’s been 28 years since I first met Etsuko and Diane. We went to grad school together. I was reminiscing with Etsuko that I had asked her to be my partner in ballroom dancing lessons, and she got dizzy from the spinning.