Jennifer flew into Toronto from the UK for some meetings that I was hosting at home. The International Association of Jazz Educators (IAJE) conference was in town, but a 5-hour time zone change made Jennifer a bad candidate for going out on the town. I decided to go out to Trane Studio by myself to see Nordic Connect. Ingrid Jensen (trumpet) and Christine Jensen (sax) are originally Canadians from Nanaimo, BC, but now life in New York City and Montreal. Maggi Olin (piano) comes from Sweden. 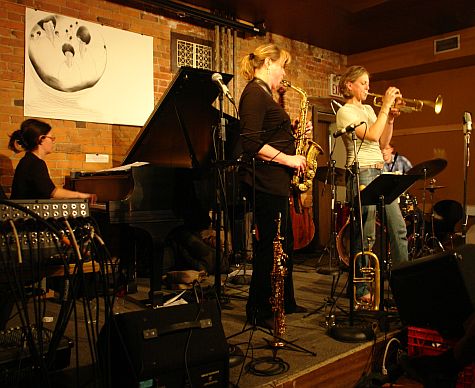 After a few tunes, a guest vocalist was invited to the stage. 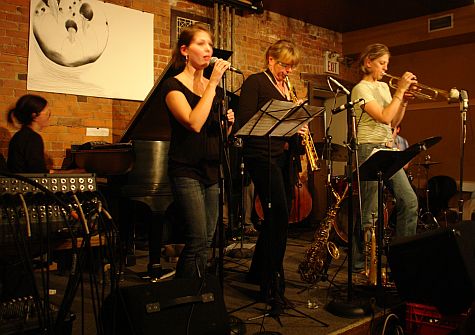 A percussionist in the audience was invited to bring up his beat box. 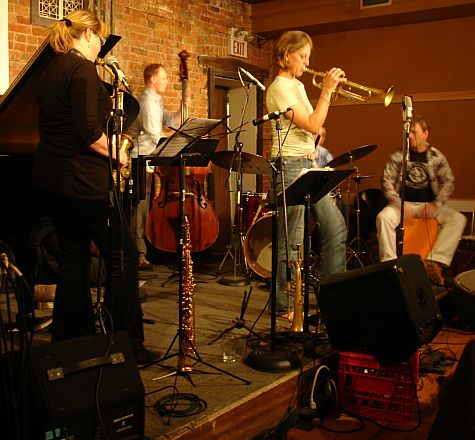 Near the end of the evening, another guest was invited to join in on soprano sax. 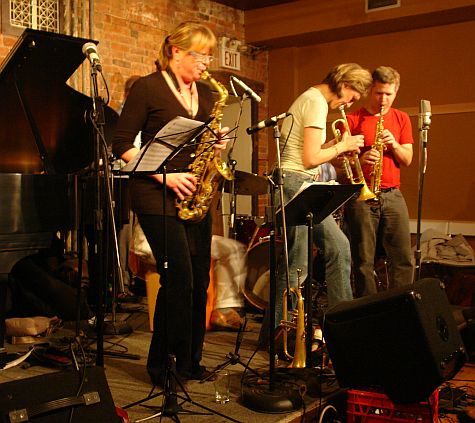 The drum solo was combined with the beat box. 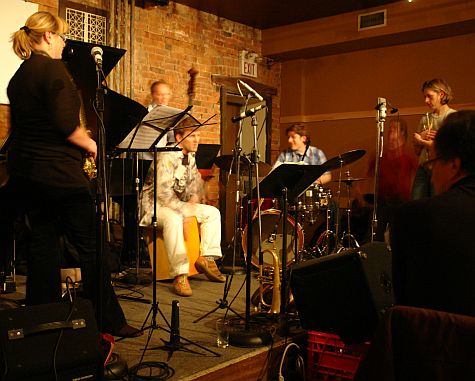 Nordic Connect rarely convenes, because the members live in different countries, so the convention was an opportunity for them to play together. Ingrid mentioned they had already played more than 12 hours in ensembles at the conference that day.

The next day, Jennifer and Adam met for lunch at a well-known Toronto institution in Little Italy: California Sandwiches. 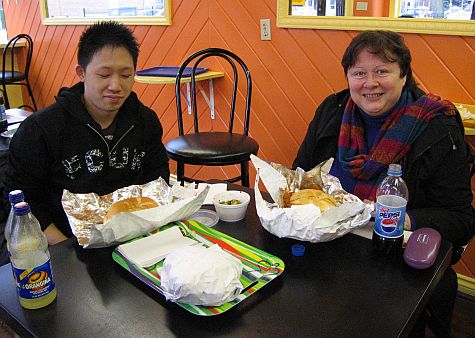 It was a good day to have skipped breakfast, since the veal sandwiches are huge.