For the 25th reunion of the Kellogg class of 1982, the program had Saturday morning lectures scheduled. Between my day job and my grad studies, I visit a graduate business school event at least once per month. I showed up early for breakfast in the lounge, but when the lectures started … I decided that I would rather just hang out and talk with Amy and Gwen for a few hours. 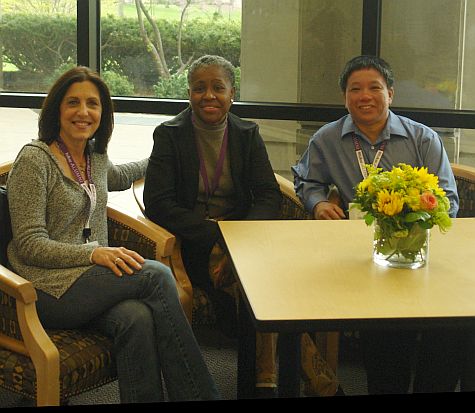 We all did go to hear the talk by Dean Dipak Jain, on the state of the school, and his vision for the future. The Kellogg School certainly isn’t resting on its laurels, and is continuing to advance its worldwide presence through global alliances. 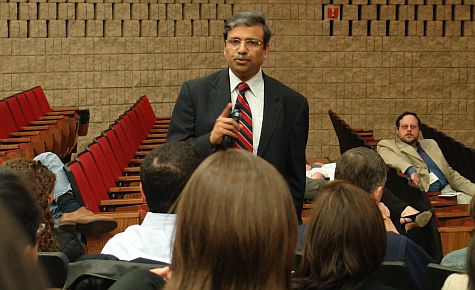 After Dean Jain’s talk, the combined (i.e. every 5-year anniversary) alumni classes all posed for a photograph on Deering Meadow, and then we had a barbeque lunch under the big tent. Ex-prez Ron made the good suggestion that we move back to the lounge, so that we could hear each other speak. 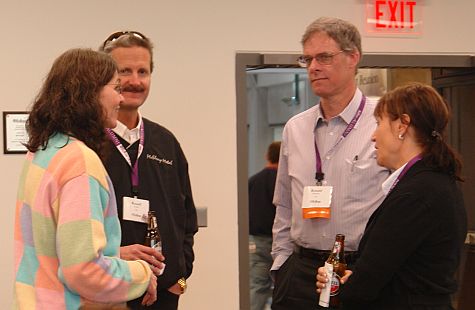 For longest distance travelled, George came in from Hong Kong, and coordinated with John to come in from Taiwan. 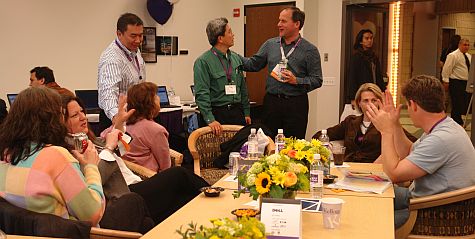 There’s more pictures of conversation in the lounge on the Kellogg1982 web site.

Dinner was at Fulton’s on the River, down in the Loop. I’ve posted snapshots of the people at every table on the Kellogg1982 web site. One significant attendee was Diana, who flew in from Los Angeles, after others from my class contacted her based on my blogging about seeing her in the office in Glendale. 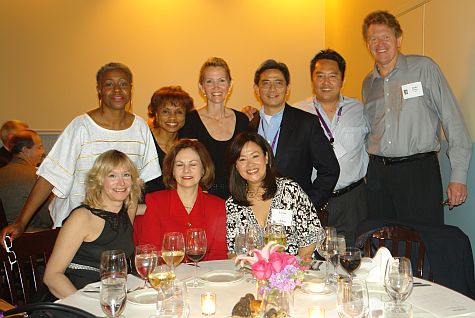 At my table, spirits were high … and behaviour might have been judged as below our chronological age (at least by our children). 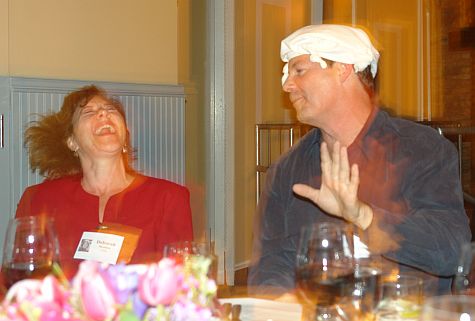 Most everyone stayed until after midnight. There were a few people at the breakfast at the Allen Center the next morning, where we had the opportunity to discuss the ups and downs in our lives more privately.