The conference dinner for OR50 was scheduled at the National Railway Museum in York.  As we approached the venue, the size of the Yorkshire Wheel became apparent. 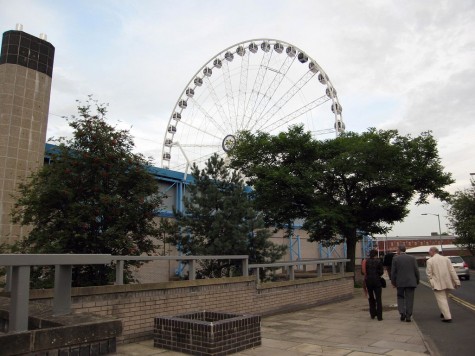 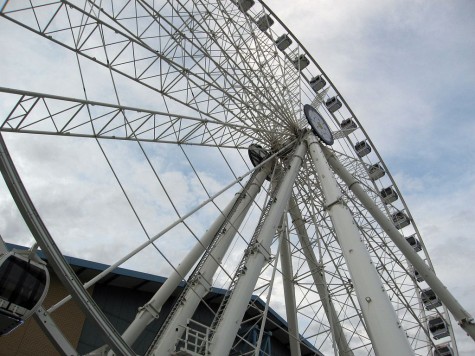 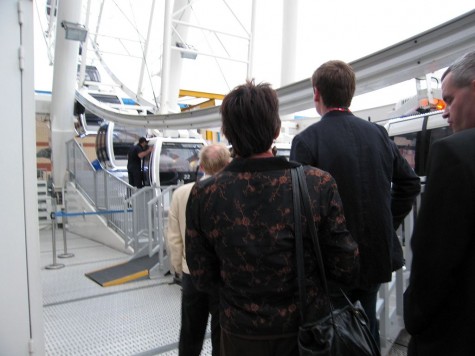 Each pod seats up to 6 people. 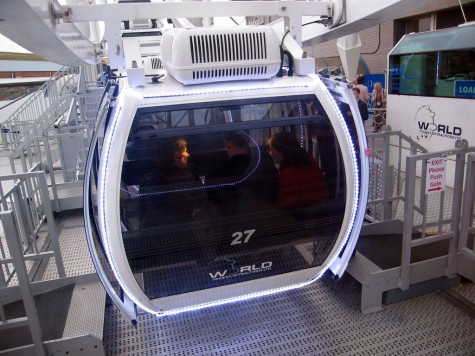 The ride is a low-energy thrill.  It’s a fun and low-risk activity. 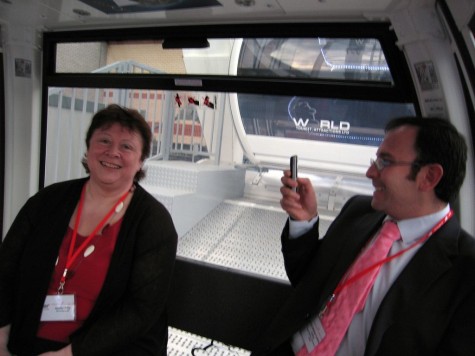 Almost at the top of the wheel, we got great views of York, including the train station. 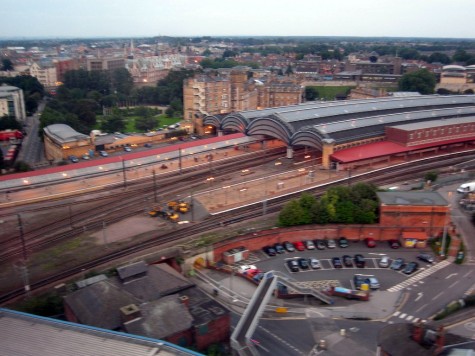 We rode around twice before getting off the wheel. 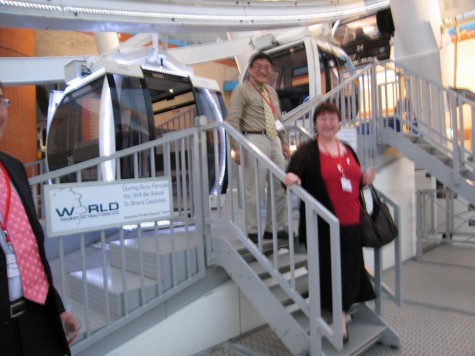 The National Railway Museum had lots of exhibits.  Here’s a car for underground mail rail, as deployed in London. 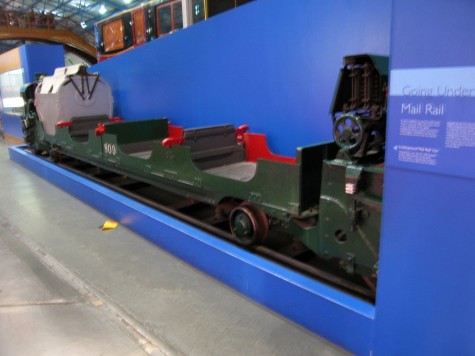 Since the museum houses trains, it’s huge.  Here’s a footbridge to cross over for those who want a higher view. 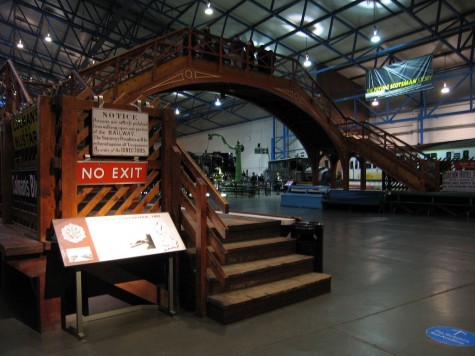 The Atlantic Coast Express train used to run from London to the southwest coast of England. 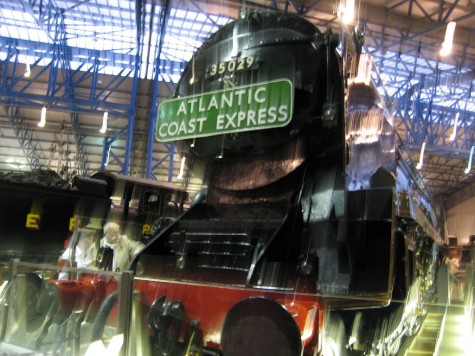 One side of a train that people don’t normally see is the underside.  There’s a trench in the museum with stairs down … and signs for one-way entry. 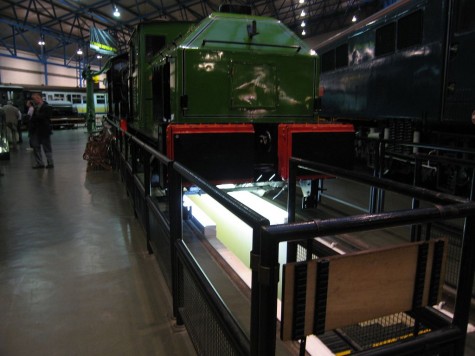 The undercarriage of the train revealed big metal — gears, chains, wheels — lit up from the bottom. 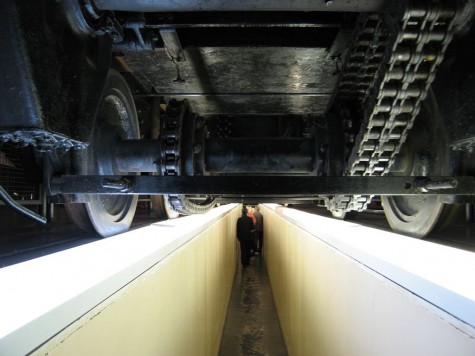 Farther down the trench were more complicated mechanisms. 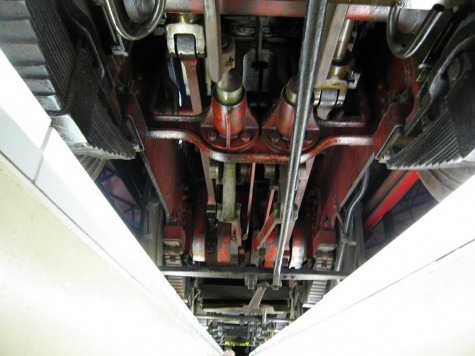 A large scale display demonstrates how gears work together. 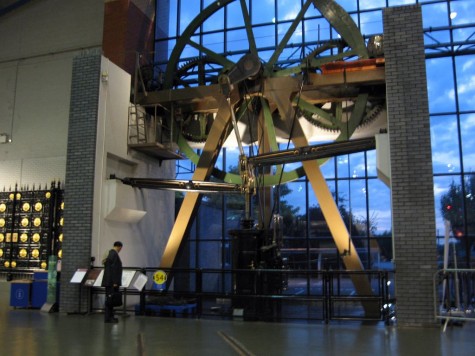 The museum had a special exhibition of Chinese trains.  This locomotive, built in 1935, was designed by Kenneth Cantlie to run on the steep gradients and tight curves between Canton and Hankow.  The Chinese government gave it to the City of York in 1981. 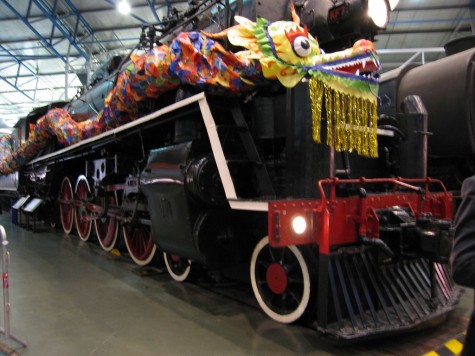 Dinner was served in the station hall.  A temporary kitchen was set up by the caterers. 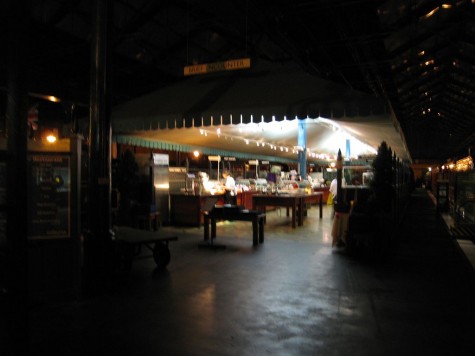 As entertainment between courses, a magician performing card tricks had us wondering “how did he do that”. 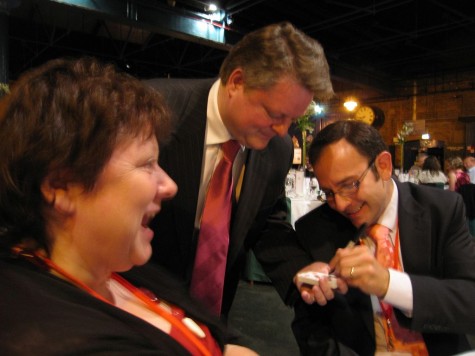 I enjoy conference dinners at non-traditional venues.  I’ve seen my share of restaurants, and the larger space of museums allows more mingling and distractions.