I’ve come to enjoy train travel in Britain. Looking out the window, there’s always a variety of sights that remind me of Grade 9 history class: rolling meadows, low stone walls, and factories from the industrial revolution. On the train down to King’s Cross, there’s more than one instance signalling a more modern era. 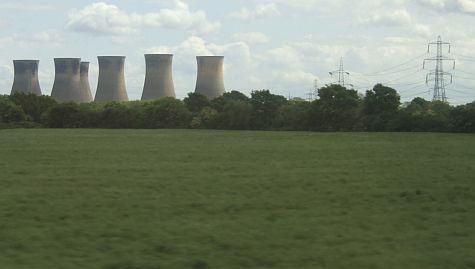 Britain was one of the countries early with nuclear, and it seems that the power plants are near retirement. Public opinion has shifted so that construction of replacements should start soon.

King’s Cross is the central station for trains from the north (and east, as from Yorkshire). 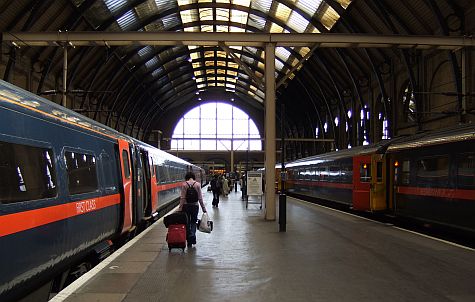 Although taking the tube to Heathrow is feasible, many travellers take the easier route with a cab to Paddington station, connecting to the Heathrow Express train. 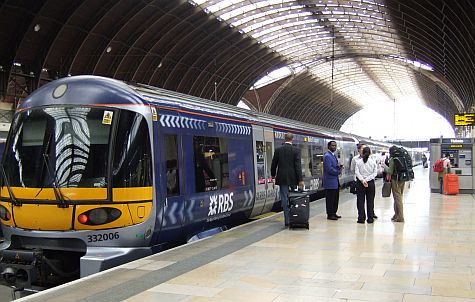 Actually, the Heathrow Express and London Underground end up in the same concourse, and I’ve taken both. The difference is the number of stops along the way.