Since Gary, Taina, G.A. and I were touring the Harajuku area, we walked north of train station to the Togo shrine. Togo was a famous Japanese general in the 1930s. The torii facing the street is quite impressive. The grounds around the shrine have been integrated with a hotel. 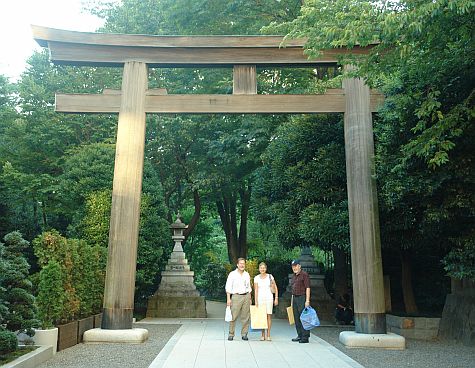 Walking west into the grounds, the pond and bridges are lovely. The altars were locked up, suggesting that this is an active temple for local people, not tourists. 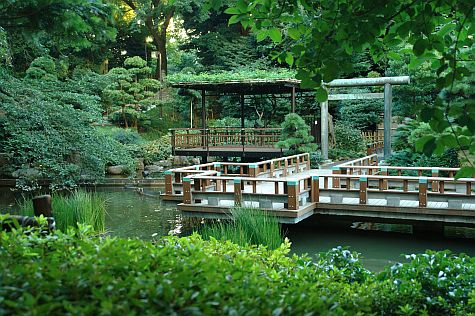 To ensure that Taina didn’t return home empty-handed, we stopped by the Daiso in Harajuku. 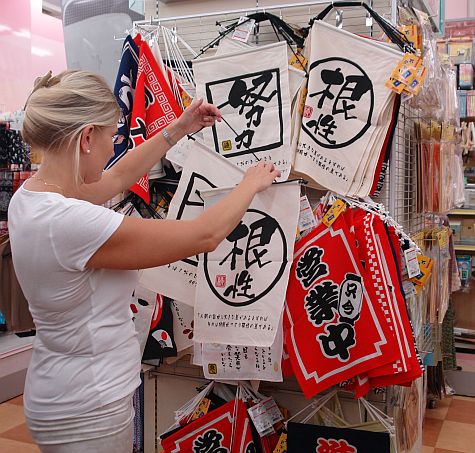 For her sons, Taina found a street vendor selling t-shirts with Japanese writing (and a chart of translations!) 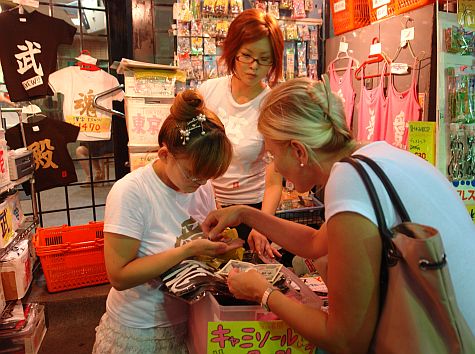 To finish off the day, we took a train to the Ginza. We had a great bargain dinner at a place that Diana and I discovered — Hanamasa Steak. There can’t be more than 10 seats around the counter. Payment is done at the vending machine, by dropping in coins. The steak is brought on a sizzling plate — instructions on the placemat suggest turning the sheet of paper up to prevent splatters, as you flip your meat over when it’s reached your preferred doneness. 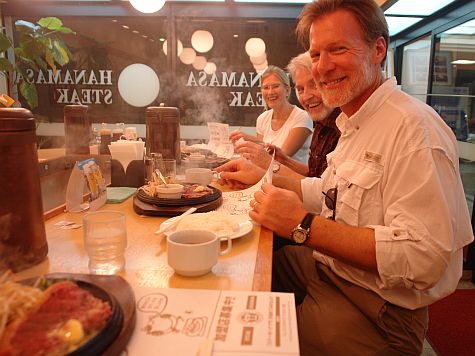 Tokyo is a huge city. I’ve spent more than a week there in serious touring, and haven’t seen it all. Taina and Gary have been to Japan before, and I still managed to get them to places that they hadn’t seen previously.