The second focus of the Johnnie Hillwalker walking tour is the crafts industry in Kyoto. This led us east and north through the back streets of Kyoto. Our visits were to a few small factories, but most of the work is done in homes. We were told to look out for trucks moving materials on the narrow streets. 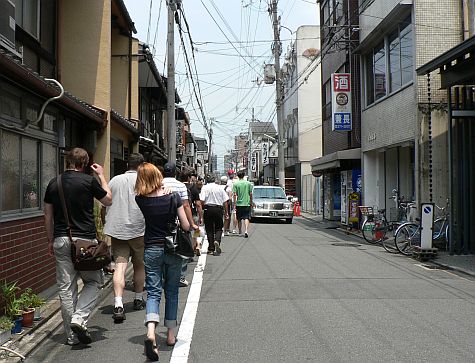 The first stop was the Kyosendo fan shop. Check out the overhanging sign! 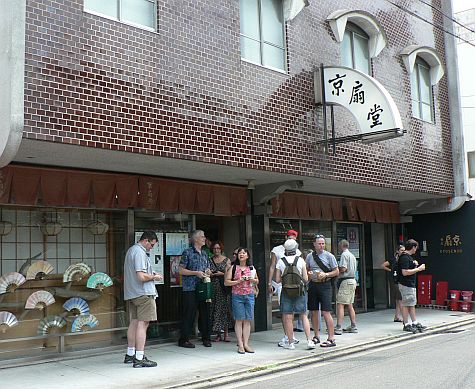 Making fans in Kyoto is a completely manual activity. We were in the shop long enough to watch two quality control inspectors. After handling a few fans, each of them would stop a use a pair of cutting pliers to trim the product. 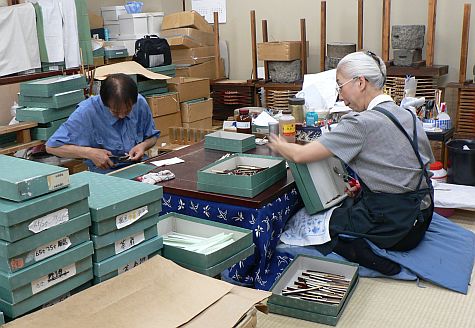 On the wall behind quality control were stacks of fans being pressed. I liked the design of the low-tech machinery! 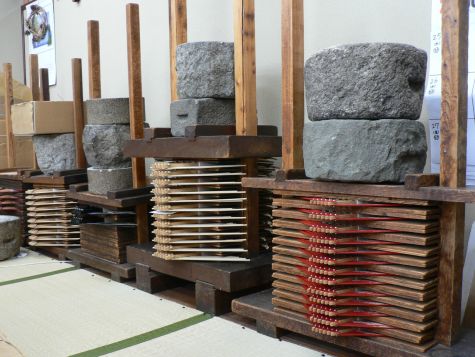 In the shop, Diana found a bargain small non-folding fan. Watching the wrapping of the purchase — the Japanese seem to presume everything is a gift — was worth the small price.

The Kyoto back streets were mostly rows of closely-packed houses. In midday, there didn’t seem to be many people at home. We got a glimpse of some boys, curious at the passing tourists. 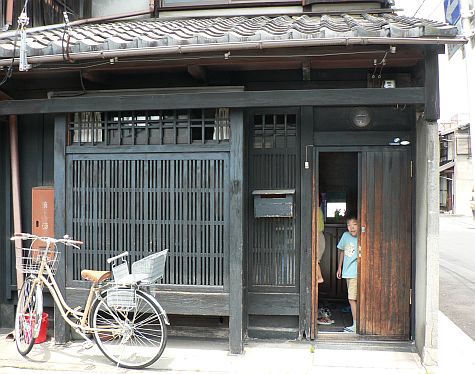 Johnnie said that the elders of old Kyoto are dying off, and their children don’t know what to do with the homes. They’ve usually moved on to jobs with big companies that don’t suit the Kyoto lifestyle. There are so few children in the area that the local school will soon be shut down. 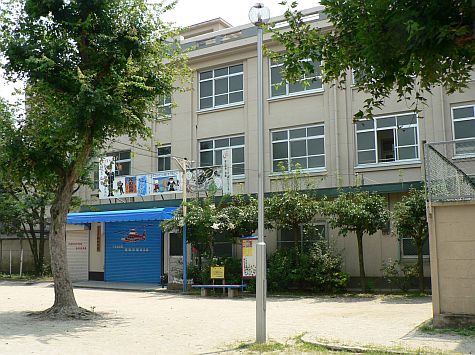 Another of the local handicrafts are paper lanterns. The motion of the lantern suggests that there might have been a breeze, but it really wasn’t enough to help us in the humid 35-degree-Celsius-plus weather. 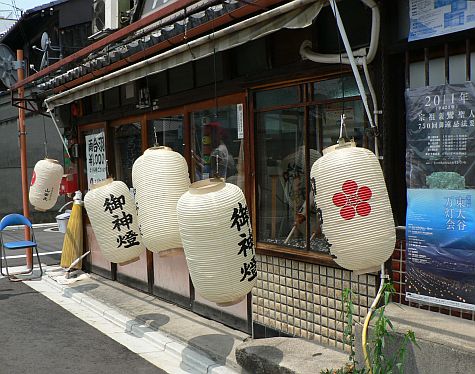 The original head office of prominent Kyoto business was a highlight of the tour. The company is the Japanese leader in the production of playing cards, in a game that every Japanese child is supposed to know. 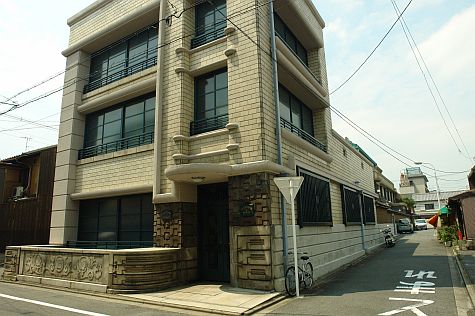 The rest of the world doesn’t seem to know about the playing cards, though. They prefer the game consoles. Nintendo has since moved on to larger headquarters. Diana later picked up a deck of cards in the Kyoto Tower building. 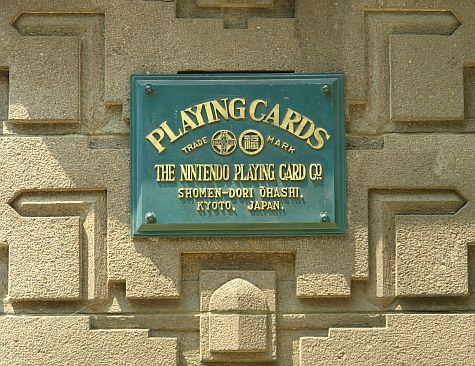 More than three hours after we started the walking tour, we crossed over the Kamo River to the east side of Kyoto. 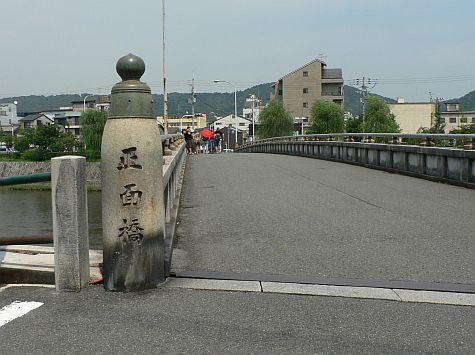 We had a brief stop for a piece of inari sushi. It was freshly made and delicious, but sushi isn’t as much a novelty outside of Japan as it used to be. In addition, we stopped by a pastry shop for a sweet and a cup of cold tea. The final stop was a pottery shop. Dishes and bowls might make good souvenirs, but they’re pretty heavy in luggage.

This walk through old Kyoto shows a way of life that probably hasn’t changed much over at least 50 years. Along the way, a geisha house in decline was pointed out. The city has chosen to focus its development into Gion, so the economics of supporting training of geishas from a young age doesn’t work out. The viability of producing Japanese crafts such as fans, lanterns and pottery is tough in these days of globalization.