I’ve seen Mike Stern in NYC, but seeing him with Alain Caron at Live at Courthouse was an opportunity.
I’ve scheduled some New York trips around seeing Mike Stern at the 55 Bar in Greenwich Village. During the Toronto Downtown Jazz Festival, he was touring with Alain Caron — a fluid bass player whom I’ve followed since the 1980s when he came to Vancouver, touring with Uzeb. I’ve seen Alain Caron play in Toronto leading a band of his own. I ordered tickets for Andy and myself, and the day finally arrived. 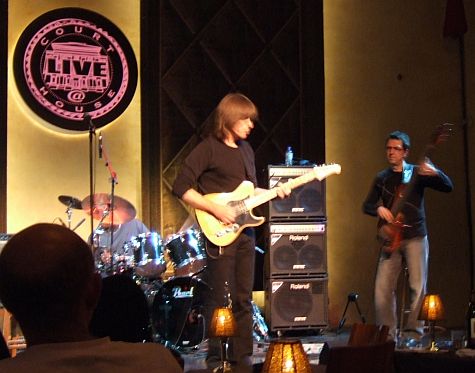