Eric and I spent the better part of a day at the 798 Art Zone in Beijing, viewing contemporary Chinese art in renovated factory buildings.
Many people go to China to see ancient classics, but I would rather see the works produced by contemporary Chinese artists. As the major leisure activity on this trip to Beijing, Eric and I went to the 798 Art Zone. We took a taxi cross town that dropped us by the large numbers at the north entrance on the west side. 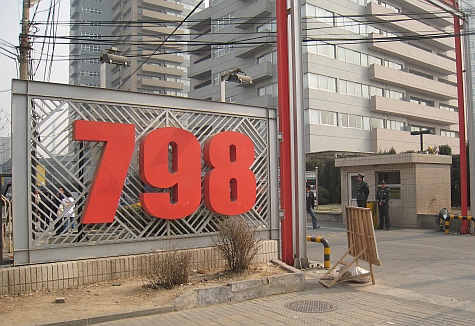 Just inside the gate is a large billboard mapping out the district. The area isn’t completely filled out yet, and it would still take more than a single day to see everything. 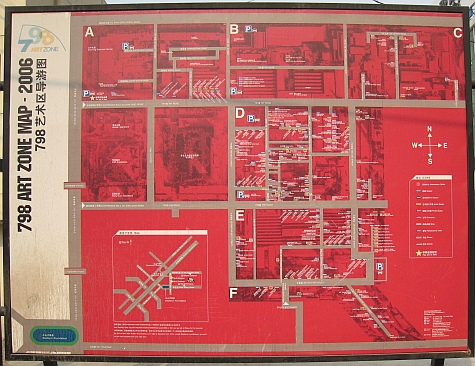 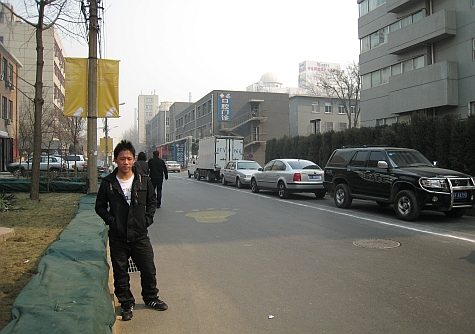 On this sunny day, there was art both inside and outside the buildings. 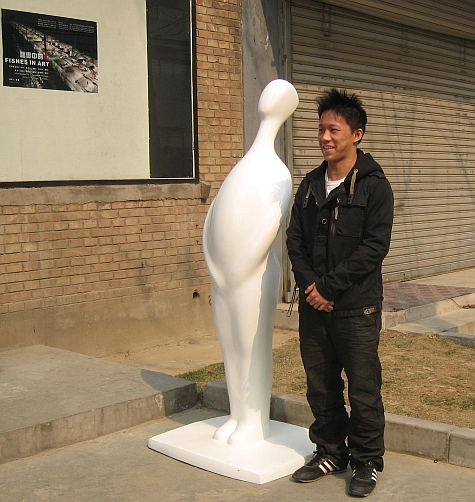