The LowKong society had a good turnout for the spring festival dinner. The table for our immediate family was full, so Diana and I sat at the next table and met some cousins farther removed in the Ing clan. In a change of format from prior events, speeches were given both in Toisan dialect of Cantonese and in English for the first time. The number of attendees not fluent in Cantonese over 50 years old — including myself — is now so significant that the society has needs to change. The elders of the society came to the stage for a toast. 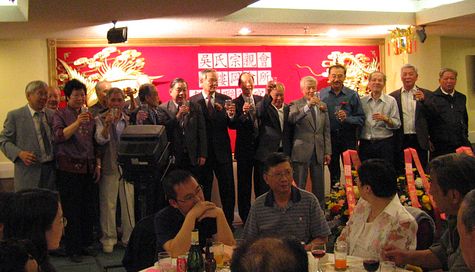 Karaoke is now a regular part of the dinners. An older couple makes regular appearances to sing Chinese opera . This time, Adam stepped up and looked through the catalog to find a tune that he knew. He then proceeded to sing a pop song in Mandarin. This is an irony, because the elders of the society would never have studied Mandarin in school as they were growing up. 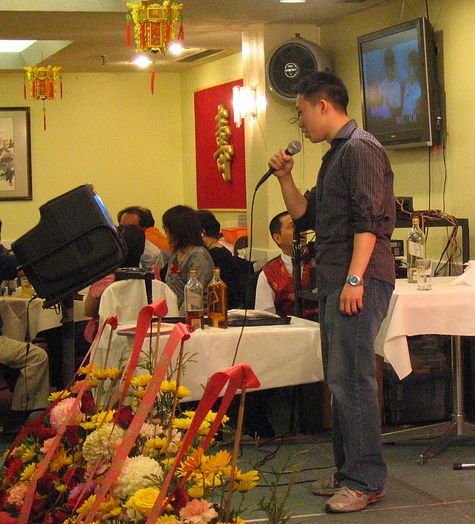 We know that we have a large family when everyone shows up, and we take more than one table of ten. 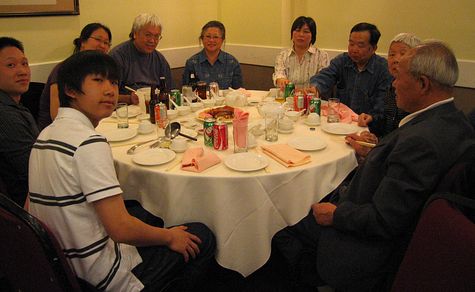 Over the past half century, there’s been a gradual evolution of languages spoken at Lowkong events: Toisan dialect, English, Standard Cantonese, and now Mandarin. The tradition of family dinners has been a constant. Even many of the dishes have stayed in fashion.