After I had spent a few hours at the Tate Britain, Ellen arrived in town, and we went for lunch.  She suggested an art show a little distance away, so we hopped on the Tube to South Kensington station.   As we tried to get oriented, we found ourselves outside the Henry Cole Wing of the Victoria and Albert Museum. 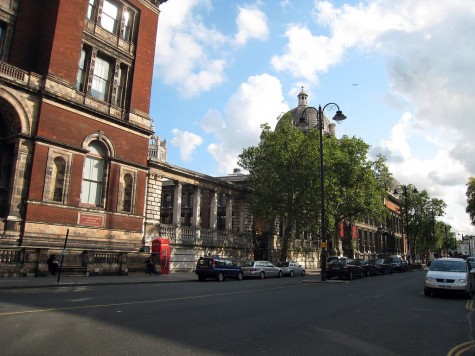 Looking at our maps, the Science Museum seemed to be the wrong direction. 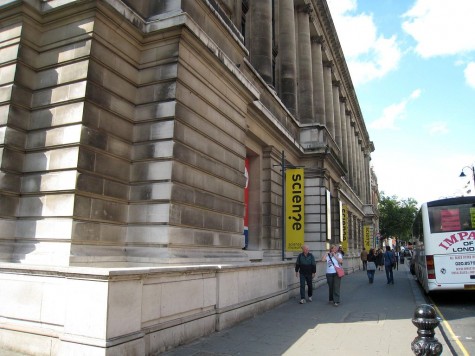 We turned the direction we thought was north, up Exhibition Road, finding another wing of the Victoria and Albert Museum. 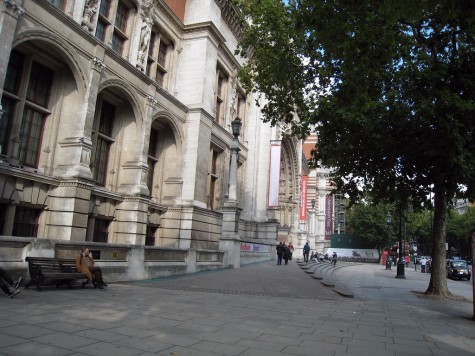 Since I have a Brompton bicycle, I was intrigued to turn down Brompton Square.  This neighbourhood isn’t a likely one for bicycle factory. 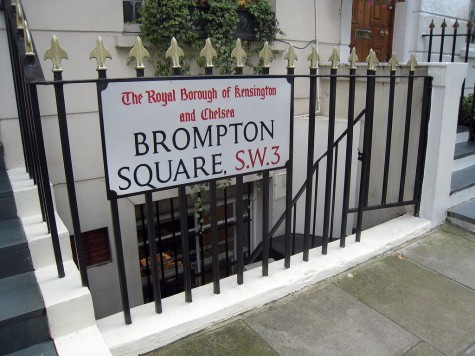 The row houses have a typically London feel. 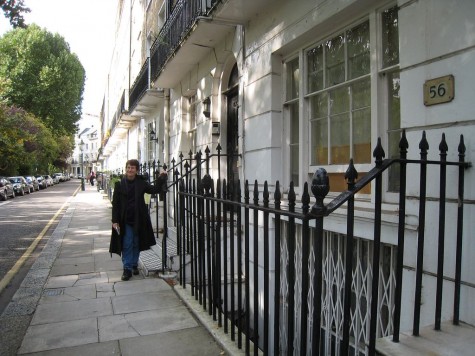 We walked north to Ennismore Garden Mews, where we found a laneway with two-storey buildings in pastel colours.  Mews are rows of stables, with carriage houses on the second floor, but modern London doesn’t have many horses anymore. 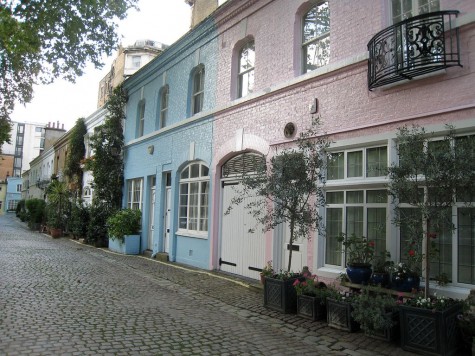 We walked to the west end of the mews, where the lane turns north. 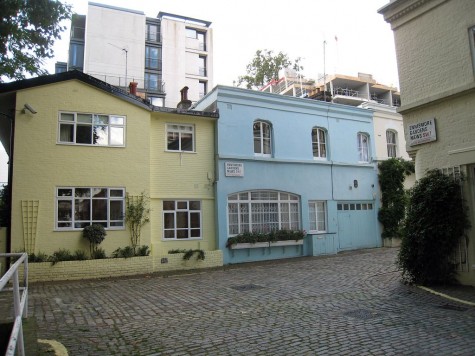 Around the corner, facing north, are some buildings with more renovations. 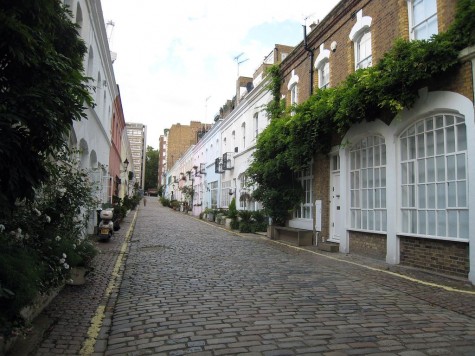 Continuing north and turning around to look back, I wondered if all of the buildings had evolved from a same original design. 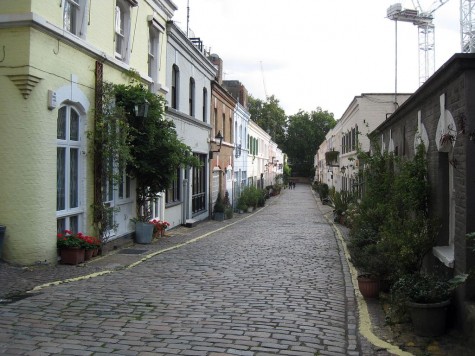 We walked west across Princes Garden.  Set back from the street is Weeks Hall, a college dormitory. 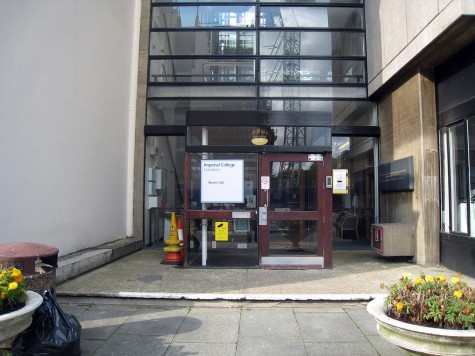 The Imperial College of Science, Technology and Medicine occupies a series of white row houses. 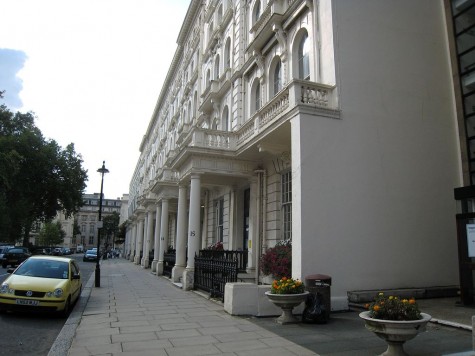 One of the doors in the series was for the Student Administration Office. 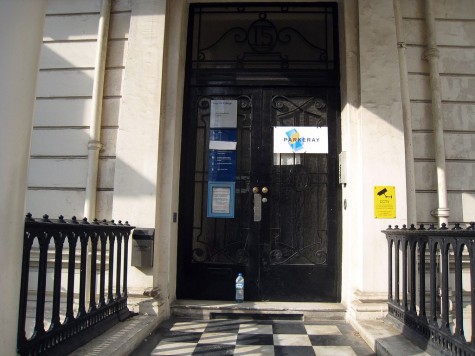 A few doors down is the Entrepreneurship Centre. 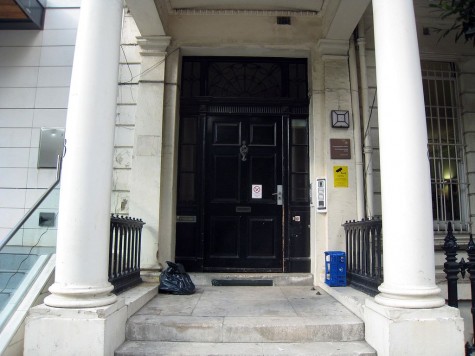 Looking south on Exhibition Road is the Mechanical Engineering building. 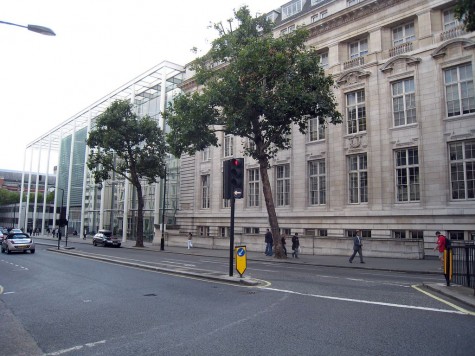 Walking north, we encountered the Royal Geographical Society.  There was a small photographic exhibit that took us 15 minutes to walk around. 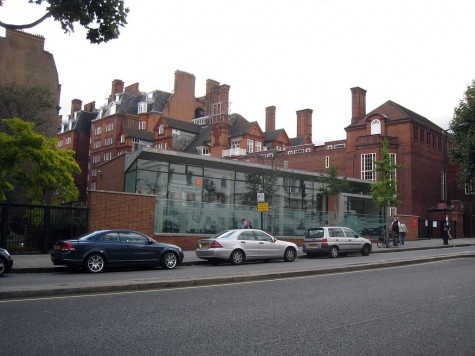 We turned west at Kensington Gore, and a few blocks over, found our destination:  the Royal College Of Art.   Ellen had an invitation to the 20/21 British Art Fair. 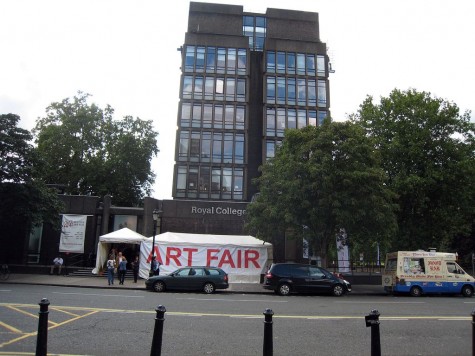 In contrast to the art exhibited in public museums, this was a show by art dealers. 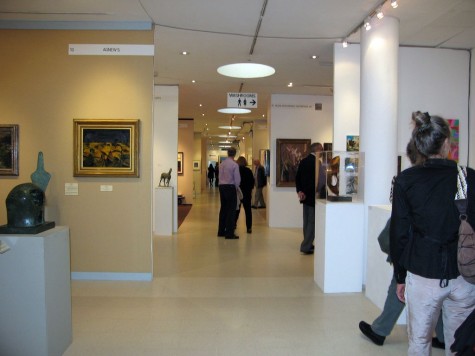 Ellen spoke to one of the dealers for an explanation of some of the pieces. 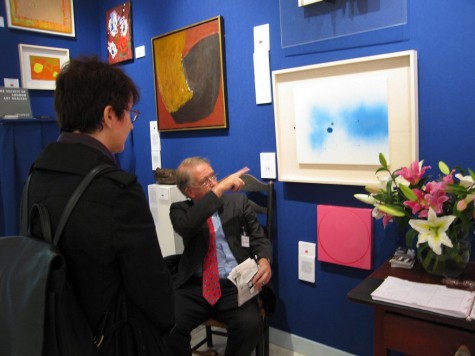 We covered most of the booths … and then saw that there were displays on other levels.  I found the hall to be quite warm, and said that I had seen enough. 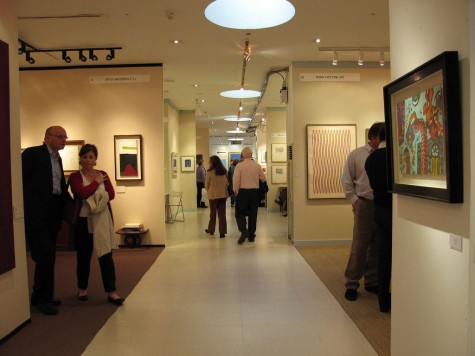 Retracing our way back east on Kensington Gore, Royal Albert Hall takes a city block by itself. 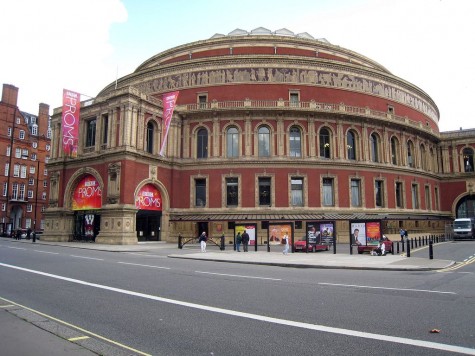 On the north side of the street is Kensington Gardens. 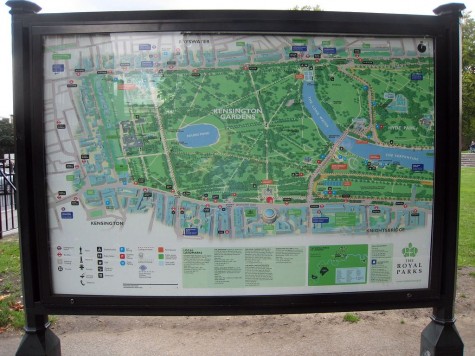 The Albert Memorial, constructed in 1872, is a natural landmark where groups of touring students were congregating. 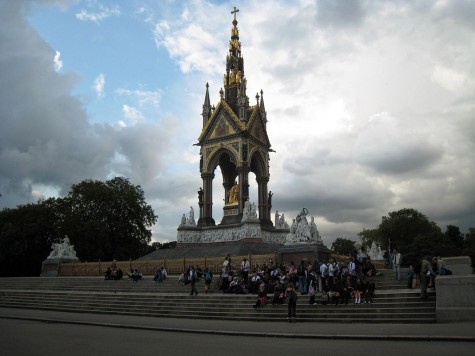 Entering north into the gardens, I found a marker on the ground for the Diana Princess of Wales Memorial Walk. 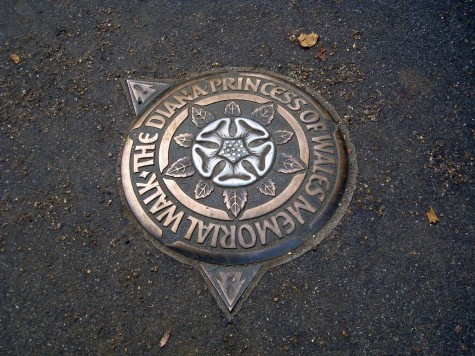 We came to a fork in the path pointing to the Diana Princess of Wales Memorial Fountain, and chose instead to walk east. 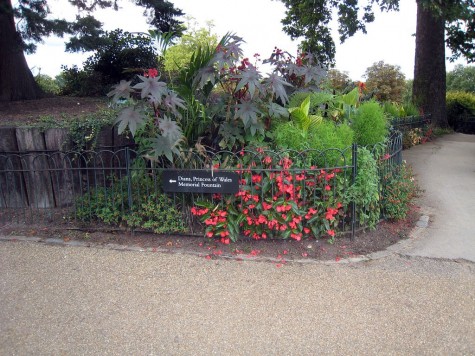 Kensington Gardens is on the south bank of the Serpentine.  Looking west, the Serpentine Bridge leads to Hyde Park on the north bank. 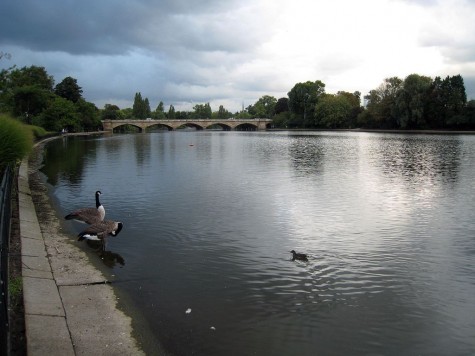 Looking east, this artificial lake has a feel similar to a natural lake, where lines aren’t perfectly straight. 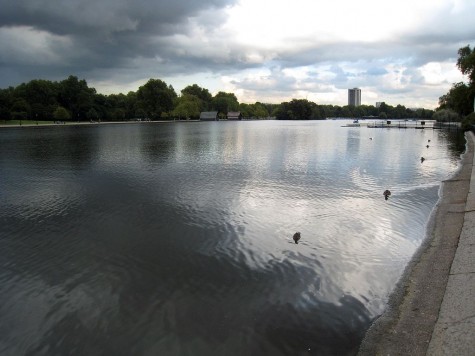 As we walked southeast through the park, we found a topiary of animals. 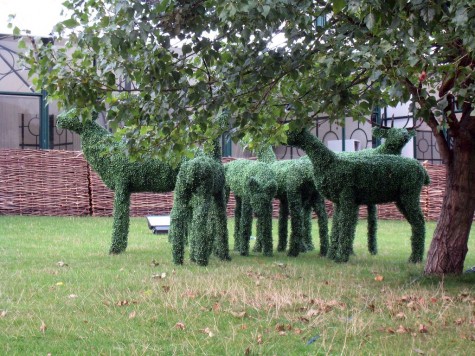 Ellen had another social engagement, so I walked her over to Park Close, on the way to Knightsbridge. 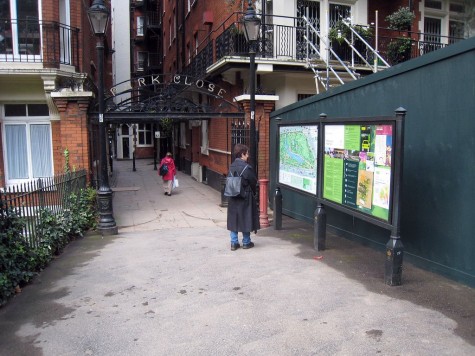 We parted company, taking the underground different directions.  London is a great nexus to meet an old friend and have a long conversation while taking a stroll.