Taina was supposed to have arrived in Tokyo one day earlier, but weather problems out of Philadelphia made her late for the last flight out of O’Hare. As soon as she arrived at the hotel in Tokyo, she was ready for the express tour. We called up G.A., and took the subway out to Shibuya. 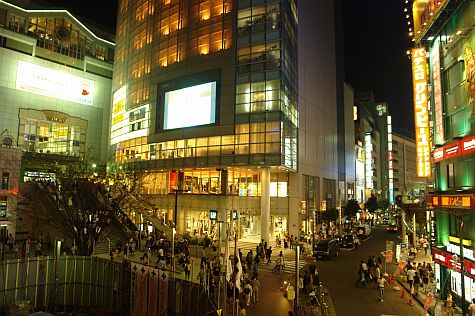 In the night lights of this entertainment, the inspiration for the movie Bladerunner is clear. 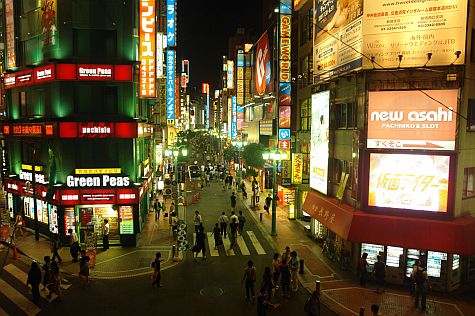 After browsing menus for a few restaurants, we decided to try the Japanese version of a tapas restaurant. The dishes were pan-Asian, including some Japanese dishes such as yakitori. 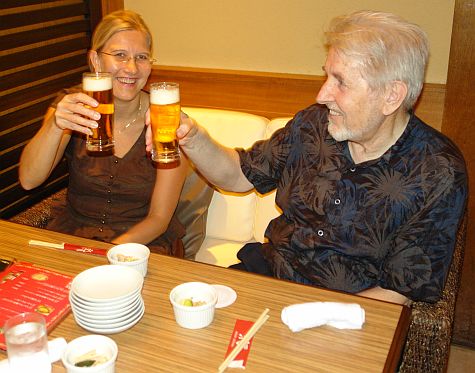 After dinner, we walked around the entertainment district a bit more. 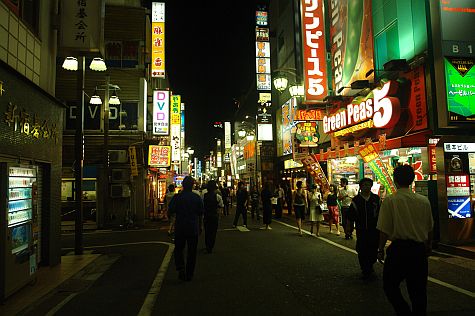 At the north end of Shibuya, we discussed appearance of two men walking around with a tall blonde woman in the area with love hotels. 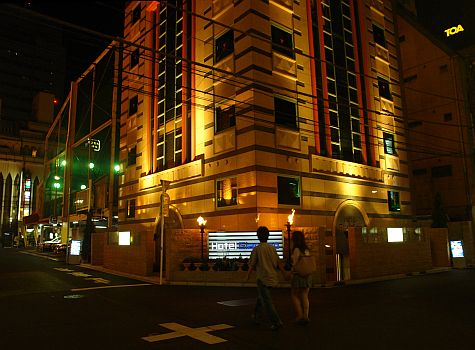 Walking back south to the subway, we saw group of motorcycles lit up with neon. These bikers weren’t menacing, but were out for show. 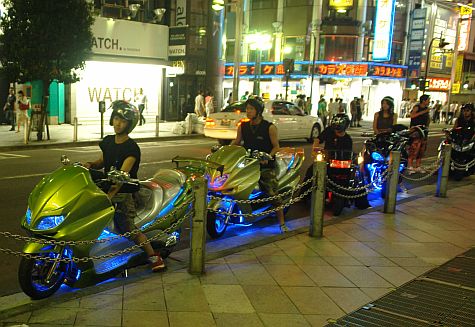 With the late evening start, we were out after 11 p.m. — which is later than I had been out, for the two weeks in Japan preceding. We discovered that one subway entrance was closed, and then another. With Taina struggling to stay awake, we opted to take a taxi back across town to the hotel. She was snoozing even before we left the Shibuya district.