One perk of visiting an elevator company is the ride up to the top to check out the view. Here’s the view eastward, over a small marina where a few people commute from their islands into work, with Helsinki on the horizon. 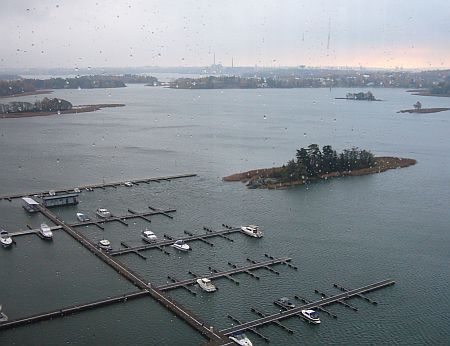 Facing southeast, the Kone tower overlooks Nokia headquarters. The new chairman of Kone was previously an executive at Nokia, and makes the joke that he wanted to move up in the world. Both buildings are on a small strip of land by the bay and the sea. 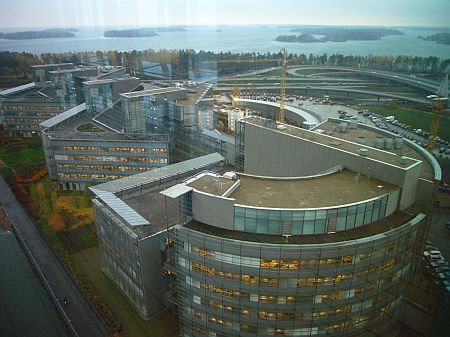 Facing southwest is the sea, and, over bridges on another bay, the city of Espoo. 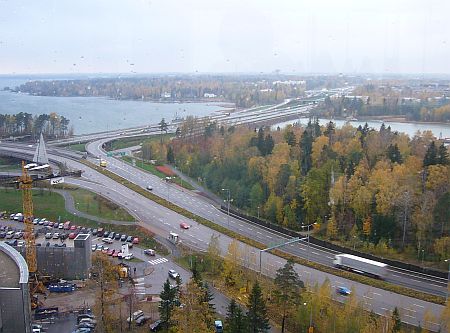 I’ve visited Finland at least twice per year since 2003, and this trip was the worst weather that I’ve experienced! I’ve come to expect a little drizzle, and snow by late November, but it rained practically this whole week!