The central reason for my being in Japan this summer was the ISSS meeting at the Tokyo Institute of Technology. The campus is on the west city of Tokyo, in Ookayama. There’s just one small street to cross, from the subway station into the university. 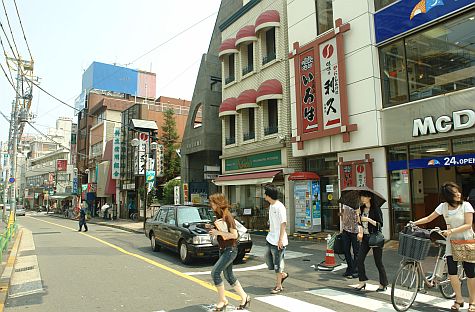 We turned left, down the street, and found a restaurant that offered a good selection of dishes for lunch. 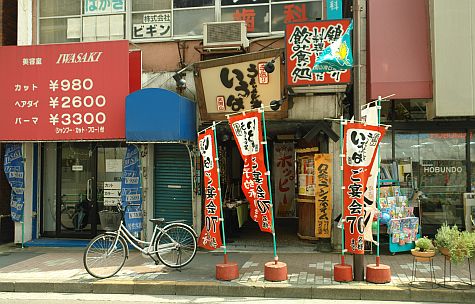 At the front door were displays of the specials. Inside, none of the restaurant staff spoke English, so we had to bring a waiter outside to point to our choices. 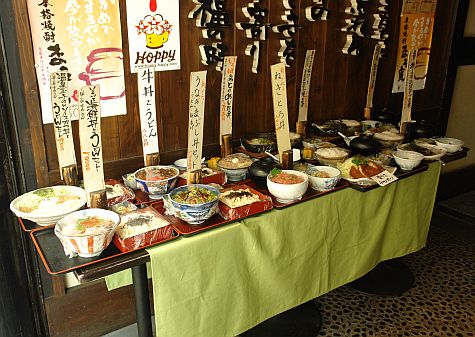 This lunch turned out to be one of the best meals we had while in Japan. Despite the modest price, the fish on rice was excellent!

Back towards the station, we entered the front gate of the Tokyo Institute of Technology. 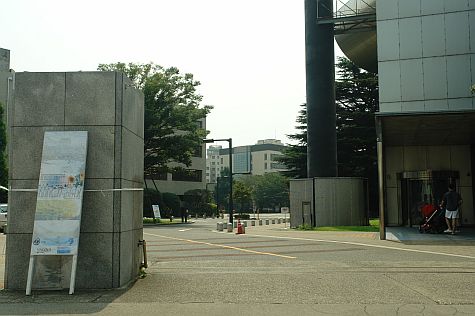 The campus is modern. Directions to our conference were well-marked. 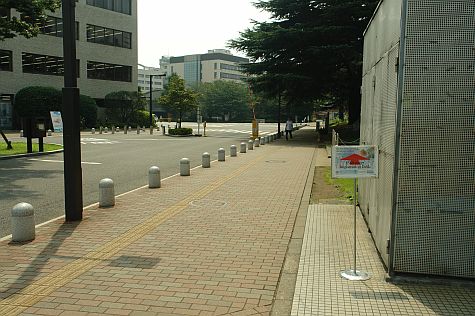 One of the first buildings into the campus featured geological samples. The limestone was in a strange shape. 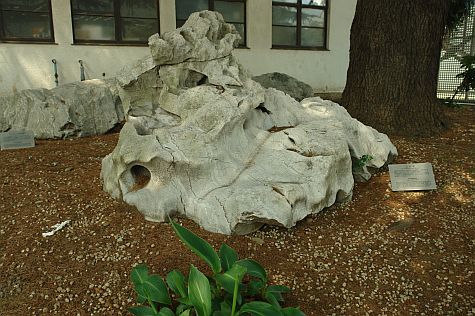 Parking a bicycle would seem to be as much a challenge as parking a car. 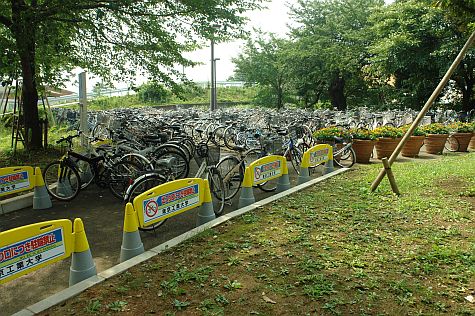 The organizing committee met face-to-face for the first time in a year. Satomi and Jim were referring to us as the “Skype group”, because that’s how we held monthly updates. 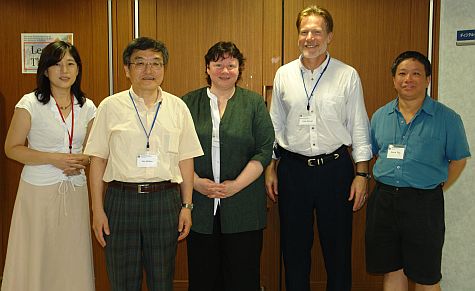 Diana and I sat in on a pre-conference session by Len Troncale. Diana said that she understood most of the content, although she was keeping a list of words to ask whether they were real, or just made up.

Since Diana was leaving the next day, we decided to go out for dinner with Gary, Teri and Daniel. (Gary gave Daniel the t-shirt from recent trips to Sweden, unfortunately confusing the Japanese that the tall man was really American!) We found a reasonably-priced restaurant across from the Prince Hotel in Shinagawa. 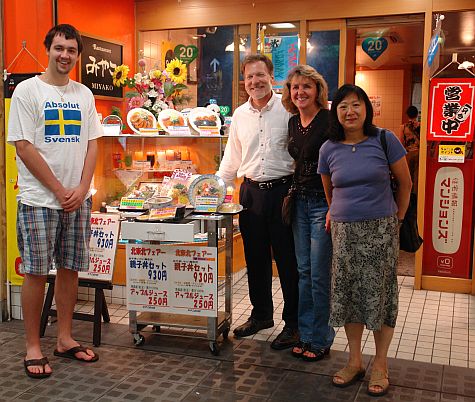 This day officially ended our joint vacation in Tokyo. Diana left for Vancouver the next morning, while I was at the conference for the week.