The heat and humidity in Nara was wearing us down by late afternoon. Since we had a 3-day Kansai Thru Pass, we decided to take advantage of the air conditioning in the rail cars to rest up on a long ride across the region: from Nara in the southeast to Kobe in the northwest. The trip took us almost two hours, so we recovered some energy by the time we reached Kobe. The train station is the middle of high-rise towers on a flat plain. The hills to the north have prestigious residential neighbourhoods. 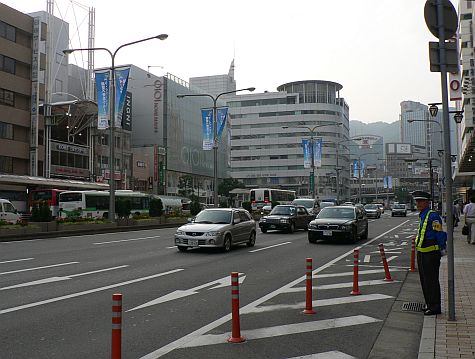 The harbour is to the south, but we weren’t particularly interested in walking down to see the maritime museum. 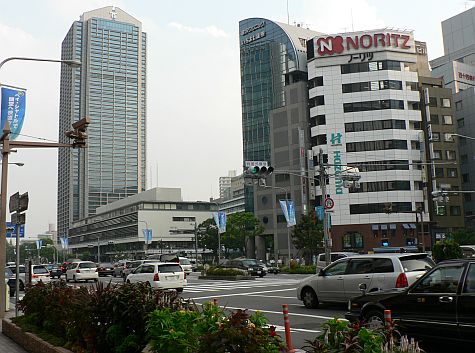 Kobe is a modern city. As we crossed the street, a stylish pedicab reinforced that image. 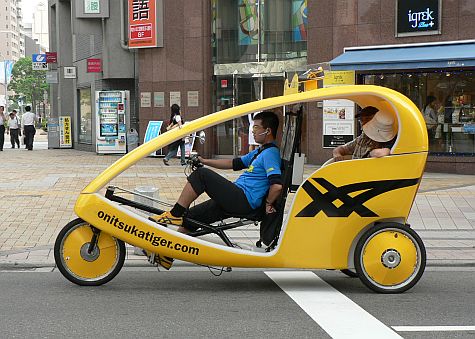 In an alley between some buildings, we could see a tower erected as a memorial of the 1995 earthquake. In this area of the city, all of the properties were leveled, so there aren’t any old buildings anymore. 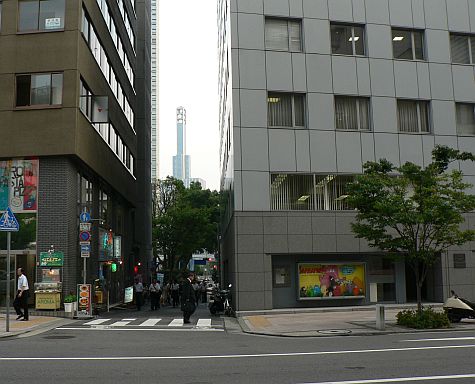 We walked south and west, looking for Chinatown — one of the oldest in Japan. Before we figured out where it was, we found a torii — a Japanese symbol, not Chinese! 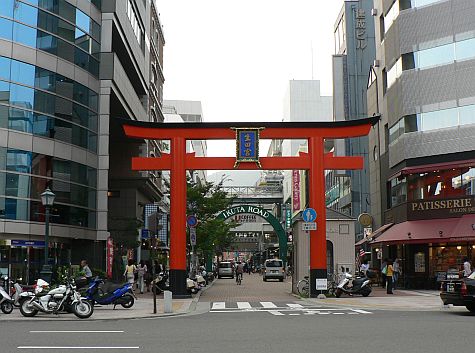 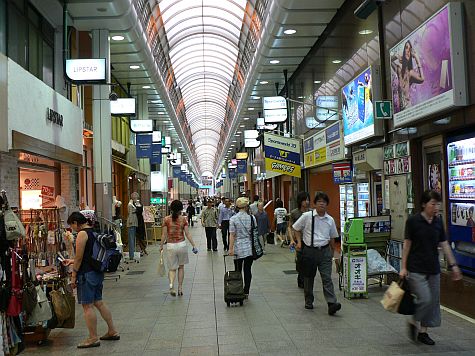 Outside of the Daimaru department store was one of those intersections where traffic from all directions stop, and the pedestrians can cross anywhere. 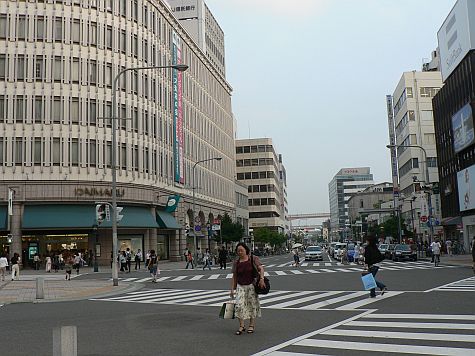 Down the street we discovered the east gate in Chinatown. 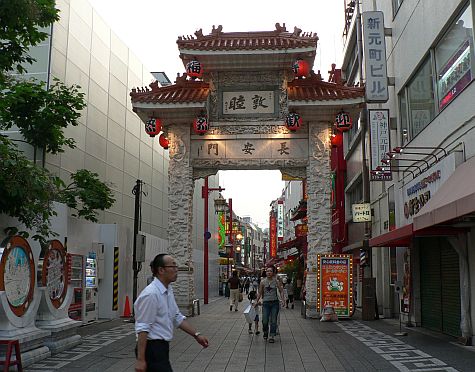 Chinatowns in most cities look about the same. In Kobe, though, the street and buildings are modern, reconstructed after the earthquake. 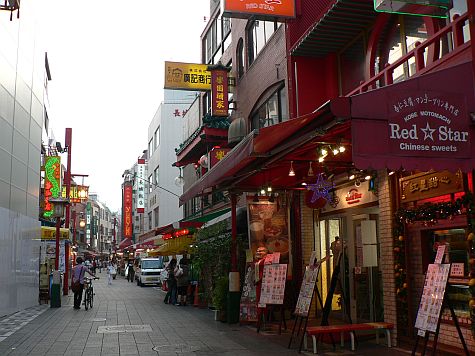 Chinatown wasn’t very busy, just before dusk. The stores were packing up to close, and it was too early for salarymen to go out for drinks. We could have picked up steamed buns or dumplings to go, but thought that a sit-down restaurant would serve a meal with more vegetables. 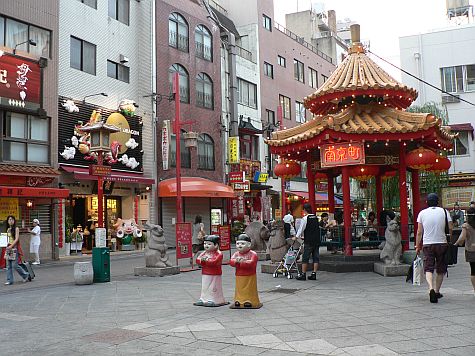 Looking at one of the signs, we picked what looked like a Cantonese restaurant. We pointed at a sample that we thought was beef with greens. It turned out to be liver with green onions. We could almost understand the conversations between waitress and the restaurant owner. Our guess: with the street named Nanjing Road, these Chinese may have been from southern China, but it’s as far north in southern China as you can be. The dishes looked Cantonese, but they tasted differently — in a style not necessarily explained by the mostly Japanese clientele. 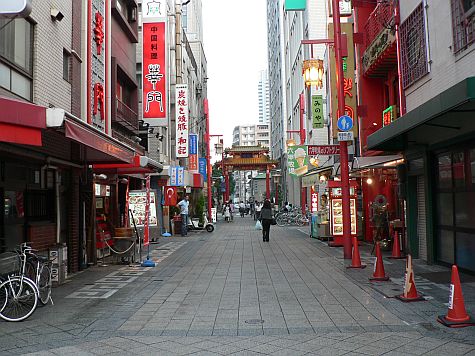 After dinner, Diana and I went over to the Daimaru to take a look at the basement supermarket. There was a store selling the local specialty: Kobe beef. Protecting it behind glass may indicate that its price could be higher than jewellery! 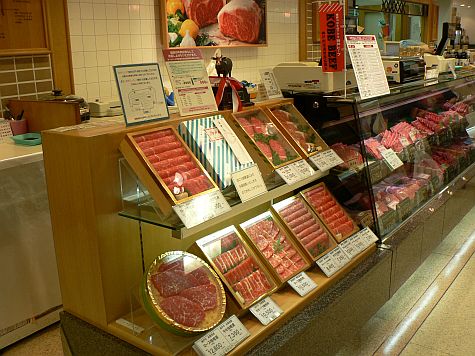 Since Diana was dissatisfied at the meal in Chinatown, we took advantage of the end-of-day discounts on ready-made food. The maki sushi didn’t last past that evening, but we kept the dumplings in the refrigerator in our hotel room to add some variety to the breakfast for the next few days.