On destinations, I’ve been getting lucky with business travel to places where there’s an opportunity to visit family. Last October-November, I got to see Ben in L.A. Now, I’ve been assigned a client in Houston. I phoned up Jeanne, and she picked a night when Kevin’s extracurricular activities didn’t interfere. 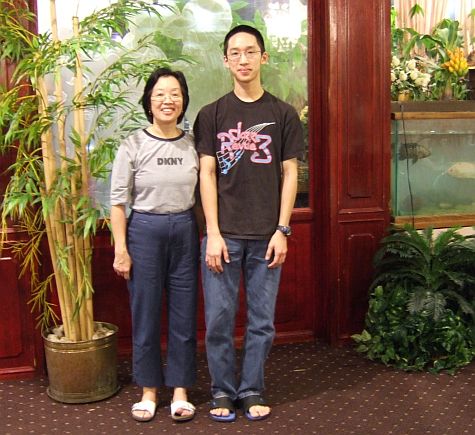 On the suggestion of a friend, Jeanne chose a restaurant in Chinatown. She got there before I did, and pointed out the pattern in the menu: every dish was $5. This was definitely easy on the expense account. With Kevin’s college applications in the works, we discussed the economics of American colleges. (I expect to get a good return on investment on my taxes with lower tuitions for my kids in Canadian schools!)

On the day job, my colleague and I had a few minutes in the office out in the Riverway district. I don’t think that I’ve seen this part of Houston before. It’s out on the west side, with a forest preserve between it and downtown. 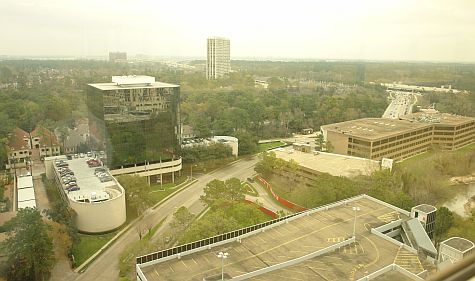 The client office is downtown. When I’ve visited Jeanne before, we’ve never really had a reason to be downtown downtown. There’s been some development work on making Main Street Square look nice. 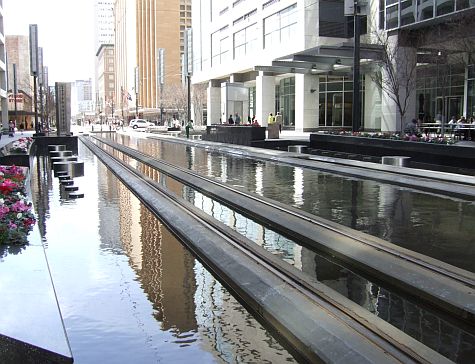 The tram service is limited, but at least it exists. This line runs down to the Medical Centers. 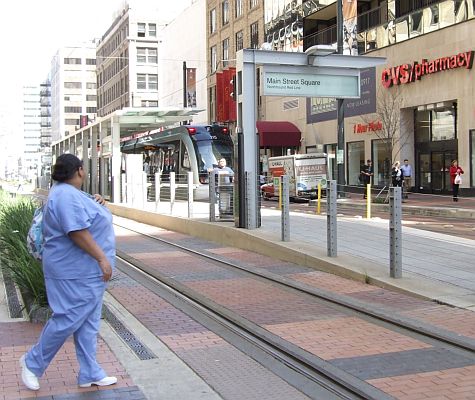 Houston is relatively flat in terrain, and low rise, except in the downtown core. This is a land of concrete canyons. 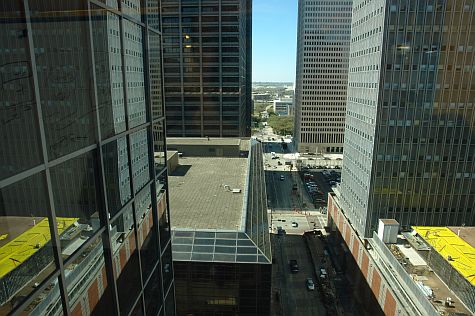 There’s a tunnel system underneath the towers, with restaurants and basic necessities. After a few days in the towers, however, I suggested that we have lunch out of the building, just to get some fresh air while the weather is nice.