When I was in Tokyo in July, Kyoichi (Jim) Kijima and Hiroshi Deguchi were interested in the work I’ve been doing around Services Science, Management and Engineering. They said that they would come visit me in Canada. I told them that I wasn’t doing anything in Canada, but they could come visit in Finland. Thus, we scheduled dates three months later to meet in Helsinki. With Akira Tokuyasu, here they are in atrium of Nokia House. 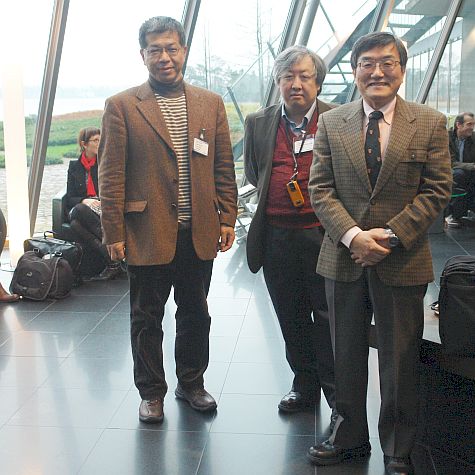 Since my schedule from Chicago put me into town after the three professors had arrived, I arranged for some friends to show them around town. Ville graciously showed them the market and downtown area on a walking tour. To sample the local specialty, we had the reindeer at the Suomi on a Plate restaurant. 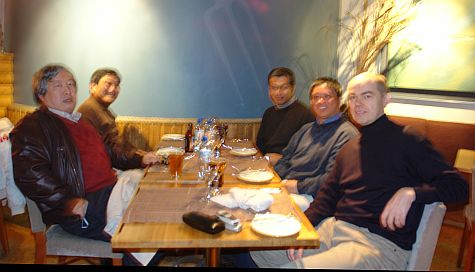 To understand the style of Finnish higher education, Ritva arranged a tour for us at the automotive lab at Helsinki Polytechnic Stadia. 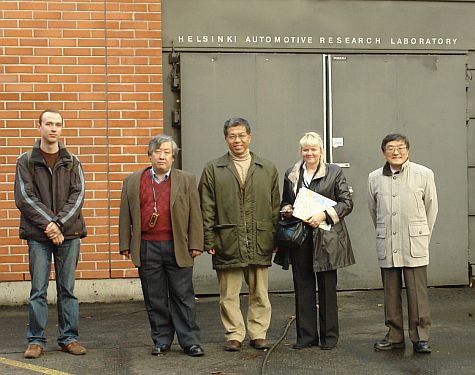 To make our Japanese visitors more at home in Finland, Taina hosted us at her home, and I prepared sashimi. They were surprised that I could prepare rice in a pot on the stove, since rice cookers are a common appliance in Japanese kitchens. 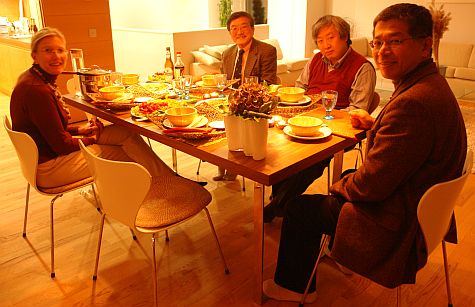 The professors had the whirlwind tour of Finland for four days. I was there for only five days. I usually prefer to spend at least two weeks on a trip where I have to jump six times zones, but the fall proved to be an exceptionally hectic time.