Nightlife in Kyoto, for tourists, seems centered largely on the traditional. Gion is the area where the city focuses on maintaining the geisha tradition. The bus stops on the east side of Gion, where we started our walk westward onto Shijo. We saw some maiko considering pastry on their way to somewhere. 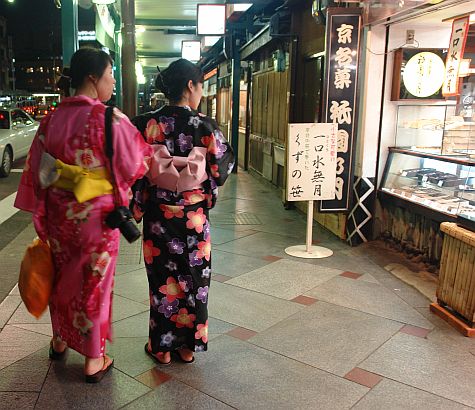 The shops along Shijo stay open after dark, presumably attracting the tourist trade. 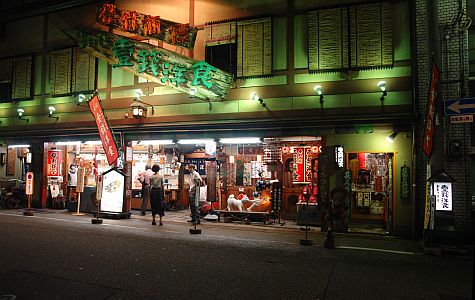 It was only a few blocks west before we reached the subway station, with the Sumida River on the other side. We turned northward on the side streets. 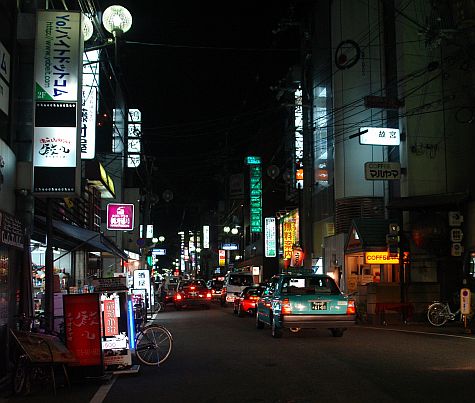 Gion north of Shijo is less traditional, with casual bars and restaurants. 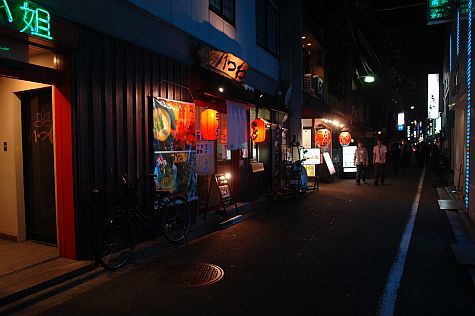 At the north end of the Gion region is a temple, illuminated in case anyone needs a blessing after sunset. 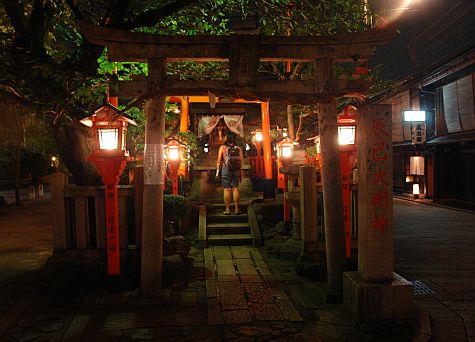 Heading a bit farther east, we turned southbound. Gion is much a hidden world, with little visible from the street. 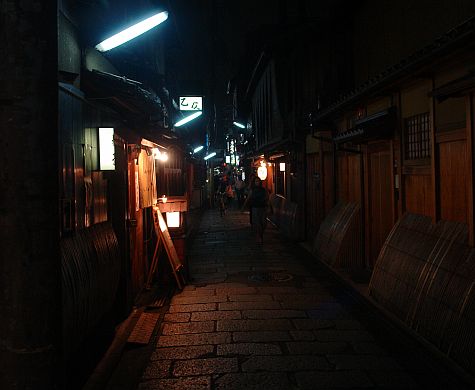 Visitors to Kyoto probably need some guidance to pick one restaurant over another. 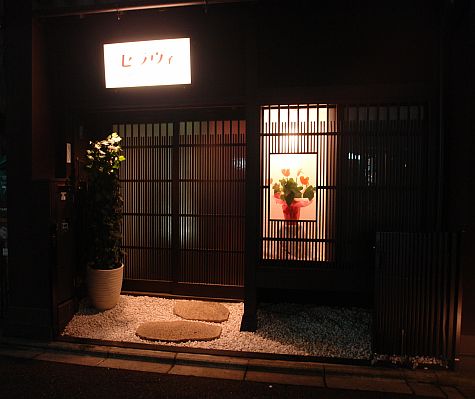 We crossed back over Shijo into the south part of Gion. The venues with the most traditional evening entertainment are on this side of the district. 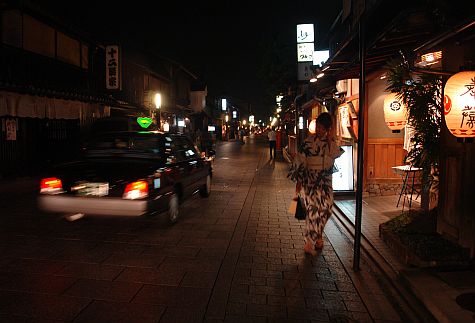 We saw some maiko saying goodbye to guests at the end of the evening. 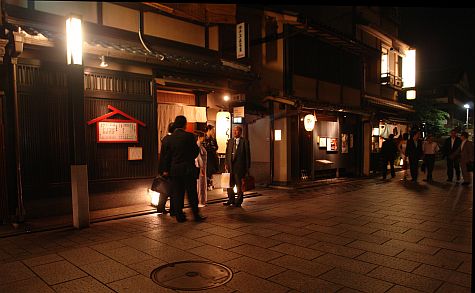 Although we did see some maiko on the street in Gion at night, seeing geisha would probably have required us to make reservations and dress up. Since we weren’t travelling on expense account, the walk through the district only gave us a little bit of the flavour of this part of Japanese culture.