Four days after I returned to Toronto from Finland, Taina was scheduled to take almost the same route for an organization science meeting in downtown Chicago. Since she hadn’t been in Toronto before, I suggested that she make fuller use of the 16-hour travel time over the ocean, and stop by Toronto for a few days.

Taina had probably woken up around 4 a.m. in Eastern European Time, which is 7 hours earlier than Eastern Time in Toronto. Her plane was a bit delayed when I picked her up at Pearson airport mid-afternoon. Since I knew that she was doing a bit of shopping for her kids, and the Eddie Bauer Outlet is up in that northwest corner of Metro Toronto, we stopped by there first. There wasn’t too much selection of kids’ clothes there, but in March Break deals, Taina got a skirt for $2, and a red trench coat for $20. I commented that this probably wasn’t the best way to give her an impression of the true cost of shopping in Canada.

We got caught up in rush hour traffic, so instead of going home, I targeted Spadina Chinatown (near the university), and asked Diana to intercept us for dinner, and to pick up the car so that we wouldn’t have to bother with parking around the university. Taina and I got to Spadina early, so we walked around Kensington market. SaiGon Palace is one of my favourite Vietnamese restaurants, and just down the street from the palm tree sign of the El Mocambo (famous for Margaret Trudeau dancing with the Stones, in the 1970s). 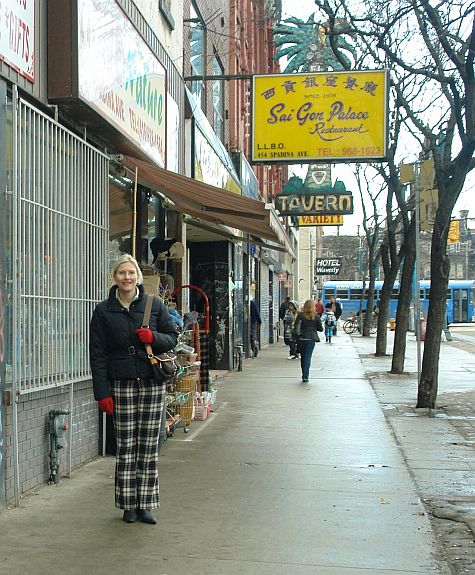 I don’t think that there is a Vietnamese restaurant in the Helsinki area, so we ordered a lot of dishes so that Taina could get a taste. Since I’ve been cooking in her home in Espoo, she’s not likely to be intimidated by chopsticks and a bowl of noodles anymore. 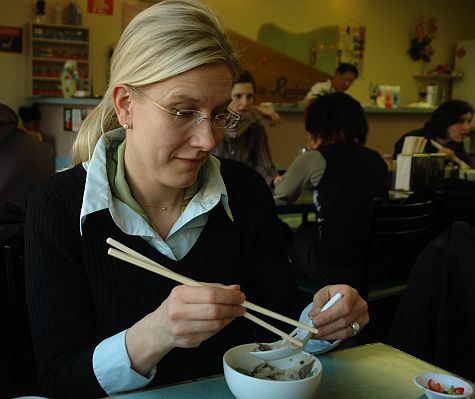 Diana took the leftovers and the car home, and Taina and I walked over to Hart House, on the University of Toronto campus. This happened to be the evening of the 2007 Hart House lecture, where Darin Barney gave a talk on “One Nation Under Google: Citizenship in the Technological Republic”. 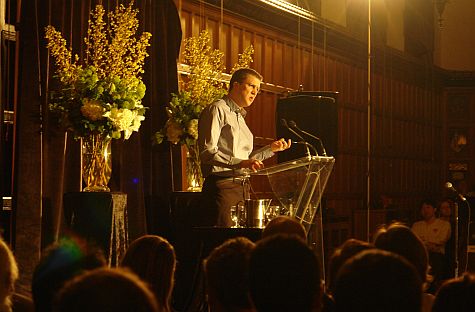 I haven’t been to occasions in the Great Hall at Hart House for some time, but remember being impressed by the room when I first visited the university as a high school student in 1975. With the great jet lag, it wasn’t surprising that Taina nodded off in the warm, dark room. While I enjoyed the talk, we both agreed that we spend a lot of time in corporate communications, in contrast to the academic style of speaking for more than 90 minutes — without additional visual aids!

Although I travel a lot out of town for business, I have chosen to live in Toronto for a reason. These types of events happen all of the time in Toronto, but are less frequent in the Helsinki area. Toronto is larger than Helsinki, but our proximity to major cities in North America makes it easy for us to enjoy the benefits of urbanization.