When “take your kid to work day” comes around, I flunk. My sons are used to seeing me work at home, at the computer on the desk in our bedroom. I go into my office once every two months to pick up mail. Thus, a trip to Rosemont, Illinois is a good representation of what research life looks like … at least when it’s a little bit fun. The Systems Sciences Connections Conversation was started up by five of us who decided that we were spending too much time running the society and not enough time on research. We all flew into Chicago — from the UK, New York, Hawaii, Kentucky and Toronto — to converge at an airport hotel to work out some ideas. On the Friday evening, since we were arriving on ragged schedules, I took advantage of the suite’s cooking facilities to prepare dinner. 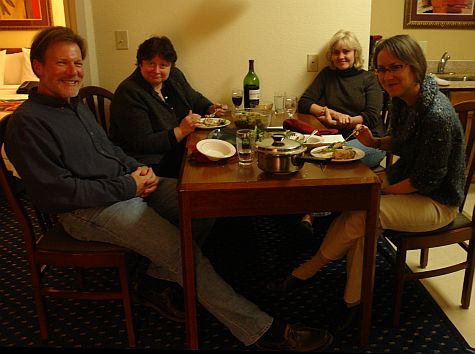 Here’s what research looks like. Sometimes it’s better to have a relaxed venue, as an alternative to sitting around a conference table. 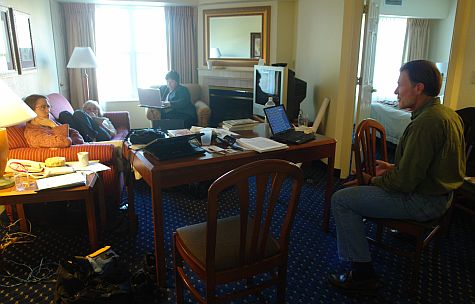 After a full day of conversations, we took a break in the evening to clear our minds. Taking advantage of being in Chicago, we drove into the city and had dinner at Uncommon Ground on North Clark. 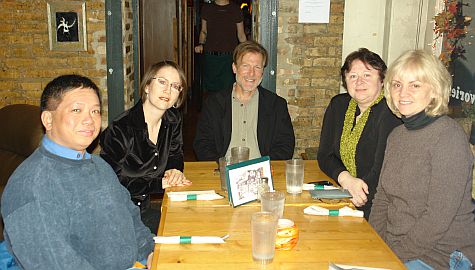 One motivation for choosing this restaurant was that they feature live performances of folk music. Brice Woodall was playing that night … and even offered some free CDs (in the spirit of Radiohead giving music away). 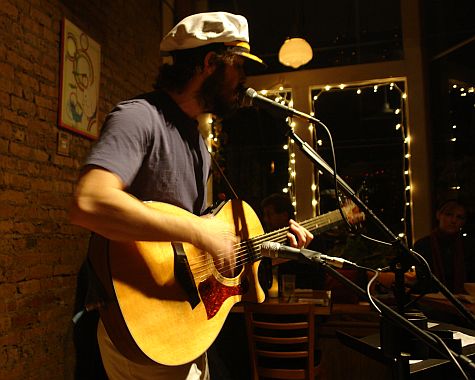 Less than 48 hours on the ground, and I was back at O’Hare Airport. I don’t usually fly through this airport, because it’s relatively close to Toronto. Since my hectic scheduled happened to coincide with a trip to Finland, it was easier to just fly to Europe from Chicago, rather than returning to Toronto. This took me to a terminal that I hadn’t seen before, with a funky light show in the underpass. 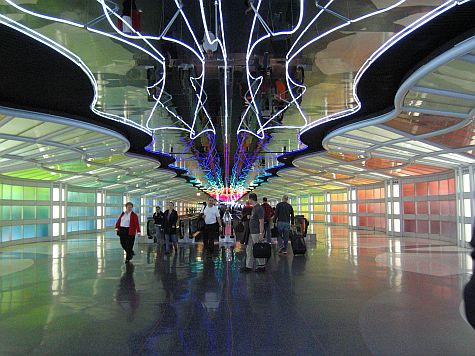 The Rosemont meeting has turned out to be the first in a floating series of research meetings held in various venues around the world, when at least two or three of us can get together. With a fast-paced day job and the ongoing incompletedness of doctoral studies hanging over me, I’m happy to get together for the few days when we can work uninhibited on shared research interests.