I’ve been trying to make it a tradition to go skiing on my birthday â€” not many people go skiing on the day before Christmas â€” but the above-zero temperatures this year have made this the second time in four years that the family hasn’t gone skiing. Since the day was spent at home, Eric instead offered to go up to Chinatown to buy some fish to make sushi for dinner. 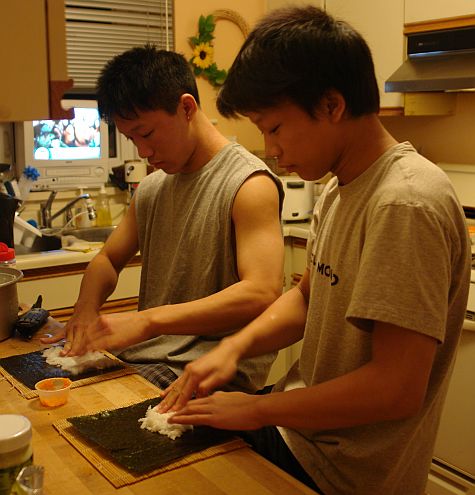 As usual, there was lots of salmon, and we struggled to finish the meal. At Bill’s Lobster, they told Eric that the salmon was really good on that day, and we agreed.