I not only listen to Emm Gryner‘s music; I follow her career. She could be an interesting case study of an successful musician who makes a living as an independent artist. She was dropped by Mercury Records after her first CD in 1999, and has since developed an international following with a heavy scheduling of touring. She plays in various configurations, including a stripped-down duo presumably sponsored by Downsview Park for Earth Day. 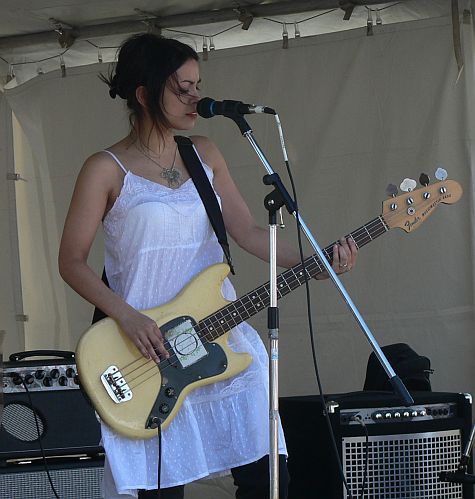 I arrived to her show late to find her singing solo, accompanying herself on electric bass. I assume that she had played the keyboard on the stage, earlier. She completed the show with Jordan Kern on guitar. 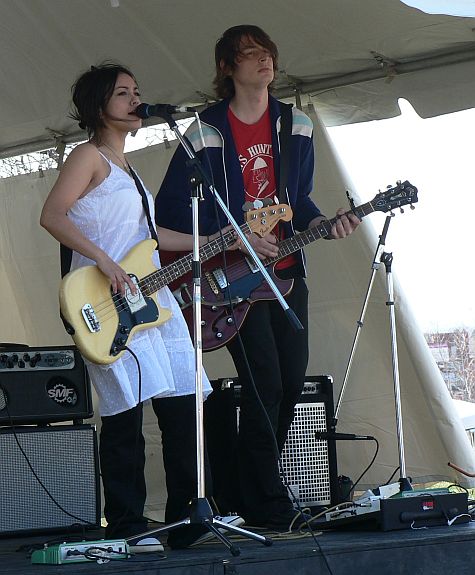 There must have been a few hundred people attending the event. There were numerous news crews around, looking for good shots of children and parents together.

My getting to Downsview Park is a story in itself. Since the weather was glorious for Earth Day, I decided to take the most ecological travel, by riding my bike over to Union Station, to take the subway up the Spadina line. 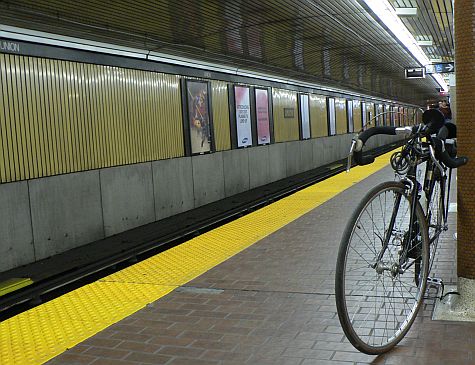 I think that I may have gotten off the subway one stop too early. Asking a few pedestrians how to get into the park, I must have been at the southeast corner. I was told that there’s only one entry to the park, so I started riding north and then west. I found the entry to the Downsview Park Market … but that doesn’t get you into the park. 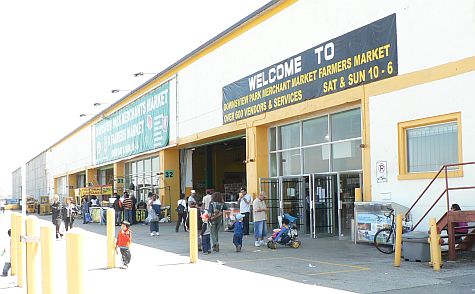 More biking, and I found the entrance near the northwest corner of the park. If I didn’t have the bicycle, I might have taken the bus to get there. From the distance to be travelled, I’m sure that some pedestrians that I asked for directions would have missed the whole event. The key learning for the day was that Downsview Park is still underdeveloped.

It’s one thing to read about lots of vacant land, and look at it on the map. It’s another to try to traverse it without an automobile.