A weekend — after the ISSS meeting, and before the Rendez meeting — provided a few additional days for sightseeing. G.A. hadn’t had much of a chance to see Tokyo. We went up to Ameyoko — up near Ueno Station — to stroll through the street market. We found a fish-and-rice restaurant where English isn’t spoken, and had to point at photographs on the menu. 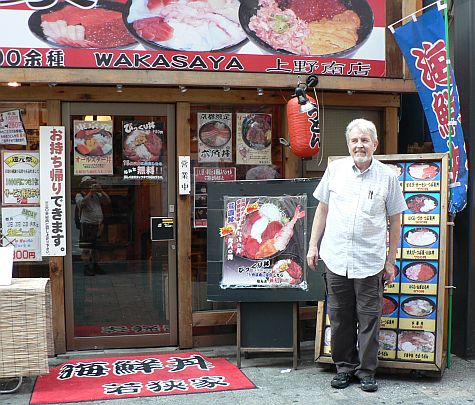 We started at the south entry of the Ameyoko street market. This end seemed to have more clothing stores. 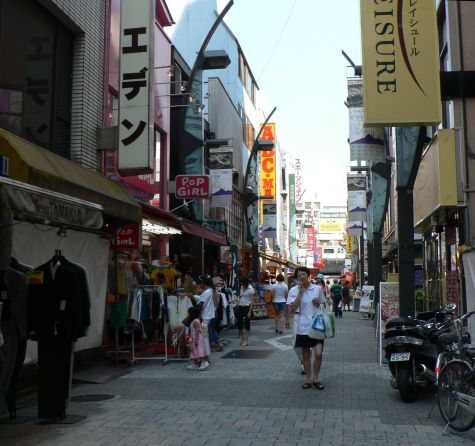 The market is a network of shopping streets, both north-south and east-west. 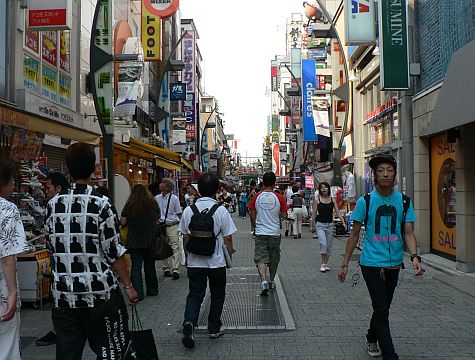 In the middle of the market, we found the Tokudai-ji. It seems true that it doesn’t take much to find a temple in Tokyo. Just turn around the next corner. 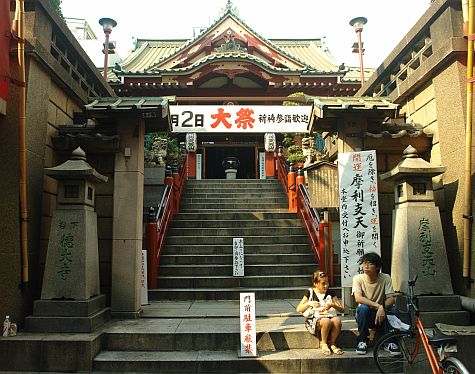 At the top of the stairs, the stone lion to the left had a few features painted in. 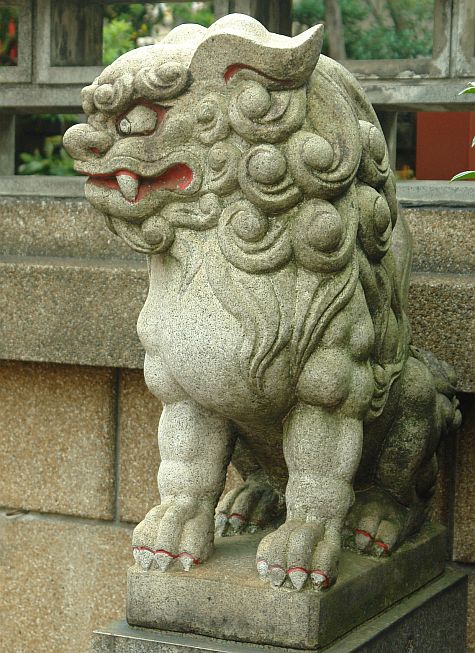 The lion to the right was also painted, exhibiting a slightly different personality. 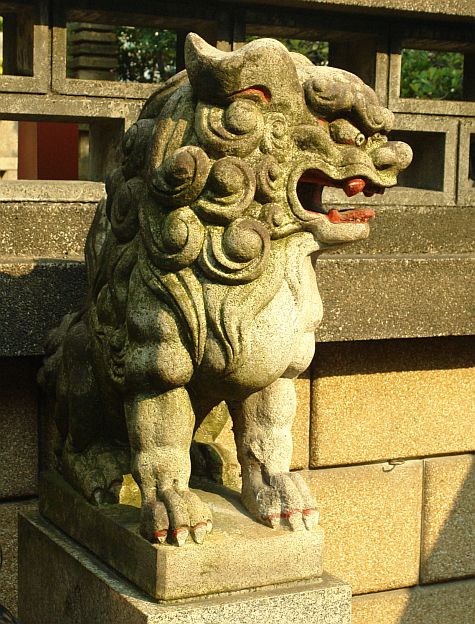 Continuing to the right of the front entry were statues, presumably of the founders / sponsors of the temple. 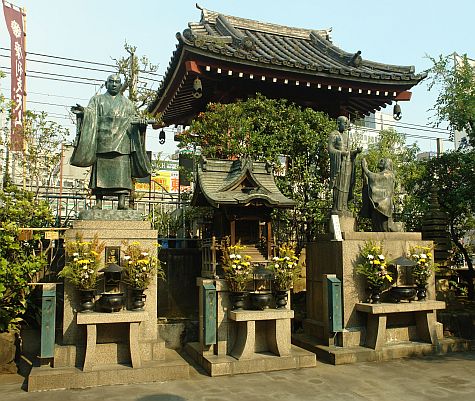 This temple was similar in structure to others we’ve seen: centre altar, with smaller altars to the left and right. 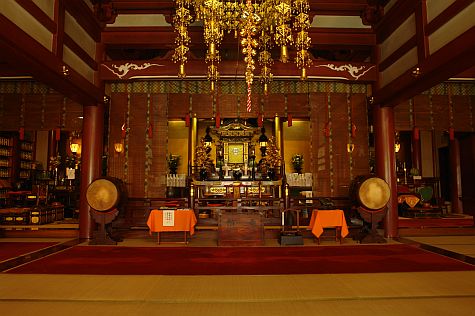 Continuing on the shopping streets northward, the number of food stalls increased. Pineapple on a stick is popular, in hot weather. 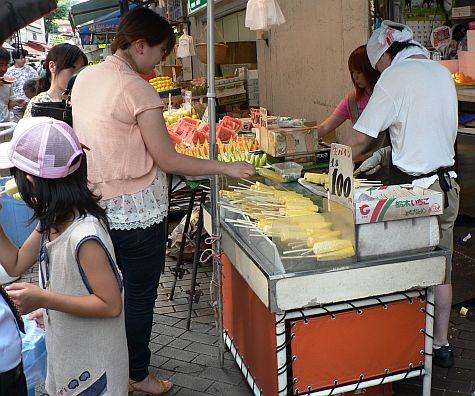 The dried fish market had a good selection, but doesn’t attract a similar interest by children. 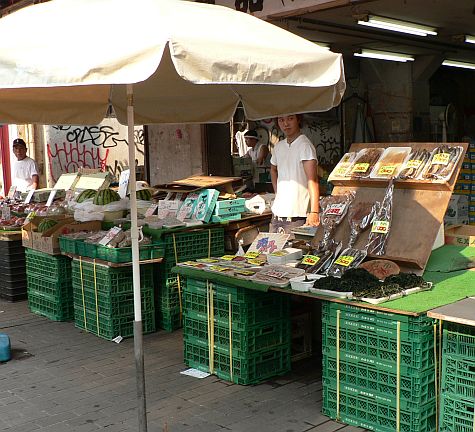 The north gate of the shopping street is marked with an arch. 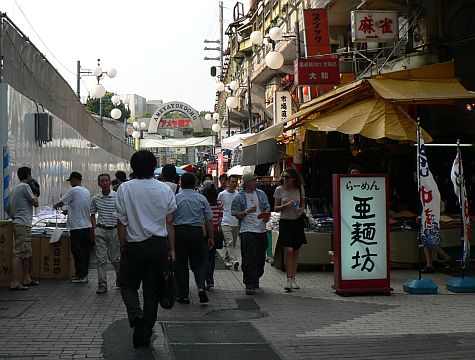 Exiting the Ameyoko street, the intersection at Ueno station is prominent. It’s not a pretty area. 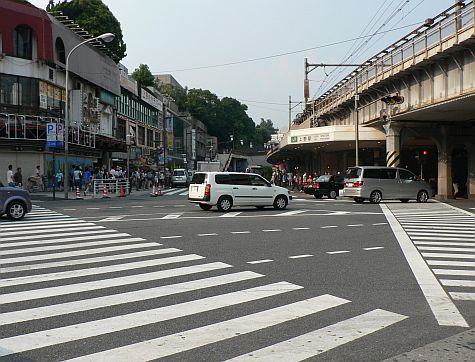 This area of town doesn’t offer many tourist attractions per se. It seems to be much more of a local neighbourhood, where people live — and probably board trains or subways to go to work.