Minna and Taina were kind enough to pick me up at the Helsinki airport, which is actually in the northern suburb of Vantaa. Since stores in Finland still follow “blue laws” (i.e. they close on Sundays), Saturday afternoons are prime shopping time. Minna and Taina made a slight detour to the Stockmann Outlet in Vantaa.

Taina was actually looking for boys clothes, but found a deal on a winter coat. 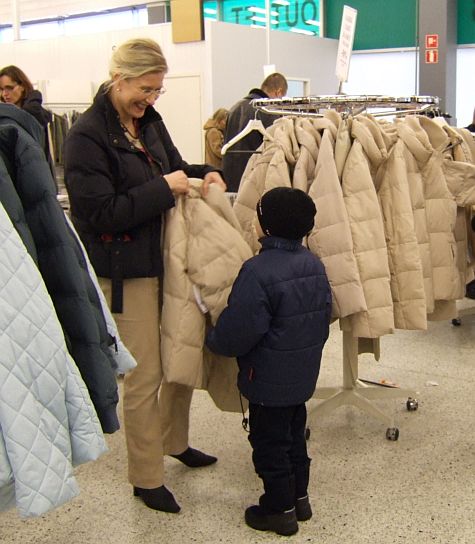 Minna doesn’t have any daughters, but she does have a god-daughter to shop for. 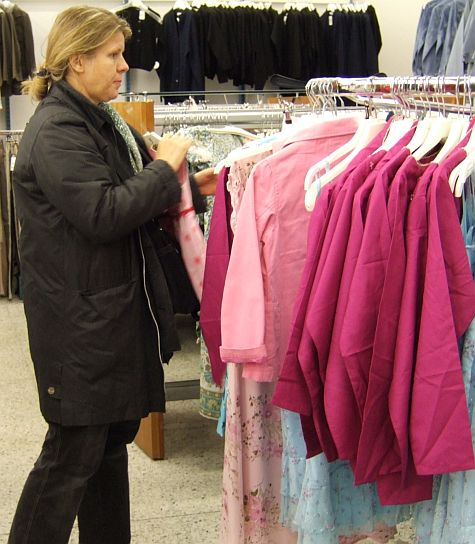 Minna had another social commitment, so she dropped us off at Taina’s house. Since my last visit, Taina’s boys must have gotten used to the idea of my visiting in their house. Their preferences for specific Chinese dishes is getting clearer. 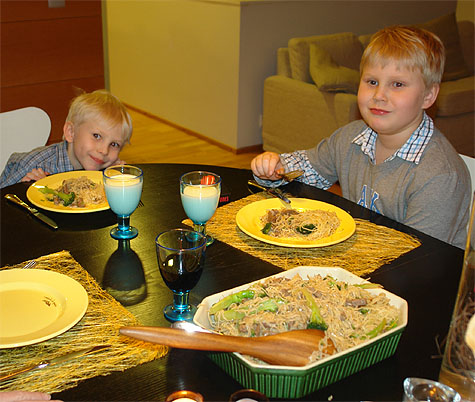 This was easy, because I had visited Chinatown in Toronto before I left, and packed some Chinese noodles. Beef chow mein is a favourite around the world!