One of my favourite jazz guitar players, Mike Stern, has a pattern of playing in a club in Greenwich Village (presumably his home neighbourhood) on Mondays in January. I used to see him play in the early 1990s when I would go to New York for the major retail trade show for the year, but haven’t had the occasion since I became a consultant. Since I had a meeting scheduled for a Tuesday morning in Westchester, I flew down into Laguardia in the afternoon, drove up to White Plains, took a nap, and then drove back down to the Village. 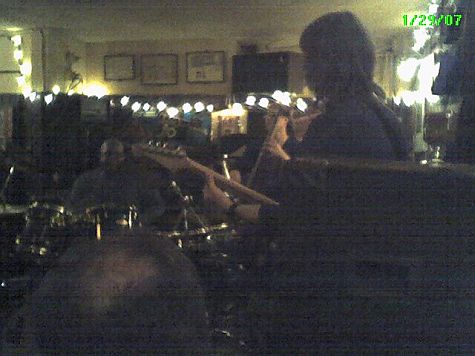 Mike was playing with Chris Minh Doky on bass, and Lionel Cordew on drums. The venue, 55 Bar, bills itself as a “depression era dive”, so it’s an intimate venue (to be kind). Since I arrived just before the set started, I got the last seat in the house, behind the band, with a good view of the servers behind the bar. 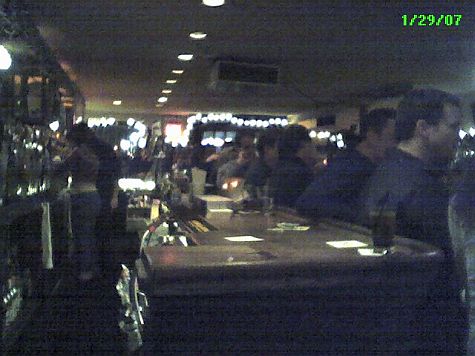 This wasn’t jazz as a concert performance, it’s bebop with three of the world’s top musicians, playing at their highest abilities.

I bought a copy of Mike’s newest CD, and he signed it for me. We shook hands, so I was surprised that his skin is so soft!